Drake :When To Say When / Chicago Freestyle” 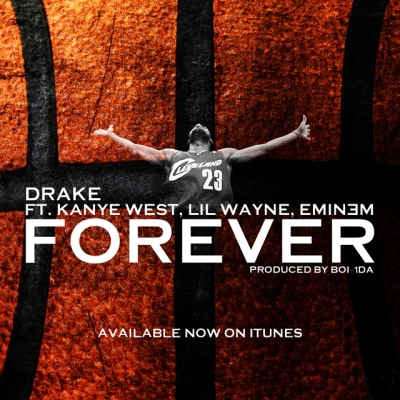 “Forever” is a 2009 song performed by Canadian hip hop musician Drake. The song features rap artists Kanye West, Lil Wayne and Eminem. The track was produced by Boi-1da (previously produced Drake’s first hit single, Best I Ever Had). It will be released as the second single off of the upcoming soundtrack for Lebron James’ More Than a Game documentary. The song originally leaked in 2008 with Lil Wayne and Kidd Kidd, but the single version is a remix with new verses by Drake and Lil Wayne and the addition of Kanye West and Eminem.