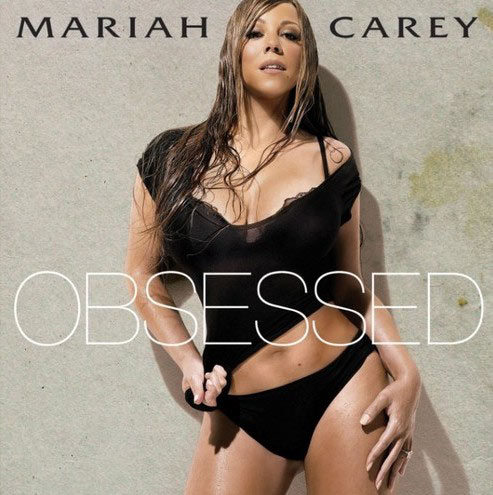 “Obsessed” is a song by American singer Mariah Carey, released as the lead single from her 12th studio album, Memoirs of an Imperfect Angel. It was released to radio on June 16, 2009. The song is produced and co-written by Mariah Carey, The-Dream and Tricky Stewart. The song’s opening line is a quote from Mean Girls, one of Carey’s favorite films.

In an interview with HipHopDX, The-Dream stated that Carey had a song that everyone would be talking about and that it would “light up the blogs”, also calling it a “fire record”; he also stated that “somebody’s going to be very upset”.

Within hours after the song’s release, various outlets speculated that its target was rapper Eminem, in response to his song “Bagpipes from Baghdad”, in which he taunted Carey’s husband, Nick Cannon. According to MTV, Carey alludes to drug problems in “Obsessed”, which Eminem opened up about on his latest album, Relapse. The-Dream confirmed that the song is directed at someone, but refused to reveal who.

The music video will be directed by Brett Ratner.

So Oh Oh So Ohhh
Will the real MC please step to the mic?
MC- You need an MC, place to be
MC the MC