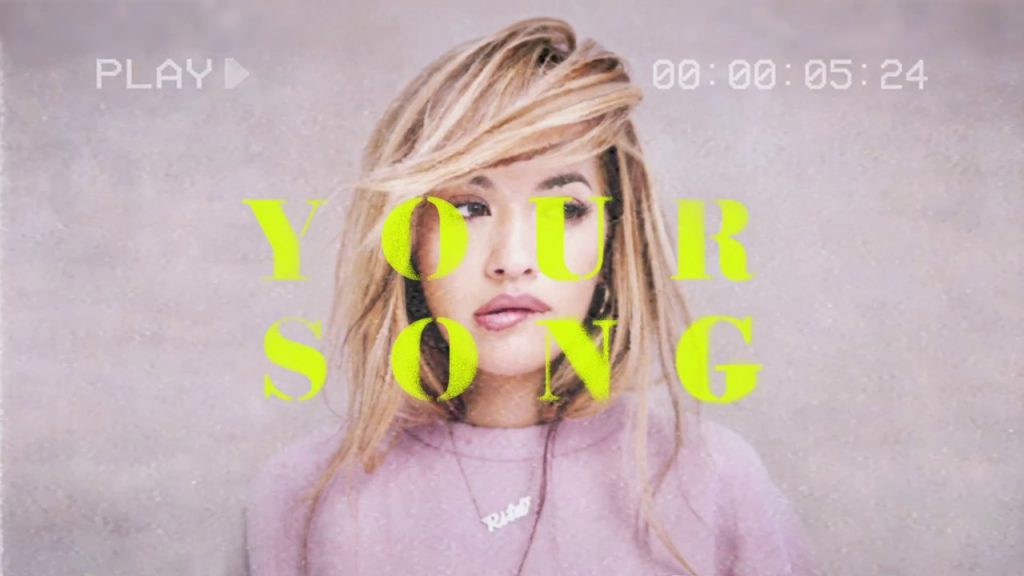 “Your Song” is a song by British singer Rita Ora. The track was written by Ed Sheeran and Steve Mac, with Mac also producing it.

The song was released on May 26th 2017, through Atlantic Records.

Rita Ora announced the single’s release on her social networks on May 12th, 2017.

The single was released at midnight on May 26 and Rita Ora appeared on BBC Radio 1’s breakfast show on the same day for its first play on UK radio.