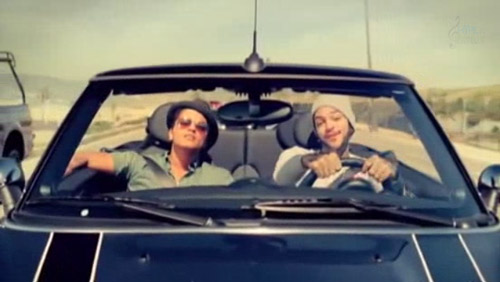 “Billionaire” is the debut lead single off Travie McCoy‘s first solo album Lazarus. The song was produced by The Smeezingtons which consists of Bruno Mars, Philip Lawrence and Ari Levine. Lyrically it’s McCoy imagining what would happen if he became a billionaire.

The music video was filmed in Los Angeles, California and debuted at May 6th in MtvU. It shows Travie driving a Mini-Cooper car, and helping four persons, the first giving him a new Skateboard, the second buying his own CD, the third giving him the Mini-Cooper car, and the fourth giving him Spray-Paint. Pete Wentz make a cameo appearance. The record is Top 20 on US iTunes and Top 20 on Top 40 radio 5 weeks ahead of album release.

END_OF_DOCUMENT_TOKEN_TO_BE_REPLACED 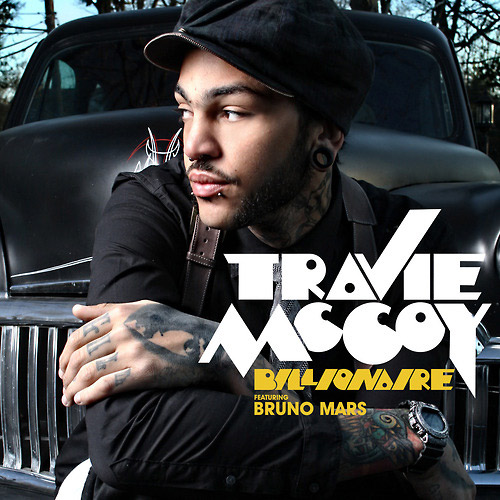 “Billionaire” is the first single from Travie McCoy‘s upcoming first studio album Lazarus. The track features Bruno Mars, who was also recently featured in B.o.B.‘s latest single “Nothin’ On You”. Travis McCoy is also the lead singer for the Gym Class Heroes.

He has signed a solo deal with T-Pain‘s Nappy Boy Entertainment. He is also the cousin of rapper Tyga who is signed to Lil Wayne’s record label Young Money Entertainment. McCoy dated singer Katy Perry, who appeared as his girlfriend in the Cupid’s Chokehold video and toured along with his band on the Warped Tour, on and off for several years. They broke up a few months later after an on and off relationship. He was also the subject of Perry’s hit Hot N Cold.

END_OF_DOCUMENT_TOKEN_TO_BE_REPLACED

“Cookie Jar” is the second single from the forthcoming Gym Class Heroes album, The Quilt. The song features The-Dream singing the chorus with Travis McCoy.

END_OF_DOCUMENT_TOKEN_TO_BE_REPLACED 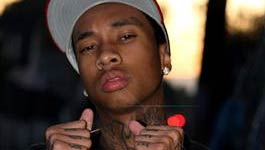 Tyga is a up-and-coming hip hop artist signed in 2008 by Young Money Entertainment.

Tyga is also the cousin of Travie, lead vocalist of the sensational Gym Class Heroes. Tyga is a native of Compton, California.

This will be THIS YEARS SUMMER JAM without a doubt. Extremely catchy, and an overall fun song. Think: “Beautiful Girls 2008” and relate it with “Coconut Juice”.