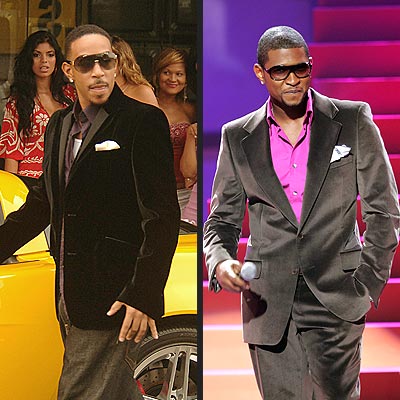 Usher has been in the studio with Jermaine Dupri, who produced two of the hit singles from Confessions. The new record is currently untitled, but it is known that Usher is working with the producer of his last album, Jermaine Dupri, which was for 2004’s Confessions. Usher has also been said to be working with a string of other producers, including Kanye West, Timbaland, Swizz Beatz, Polow Da Don and more for this upcoming disc. Label mate T-Pain has produced four songs for the album, including the possible first single “At the Time.” While promoting his fragence at Macy’s, Usher himself confirmed that most leaked material would not be on the album. Usher also plans to work with Michael Jackson.