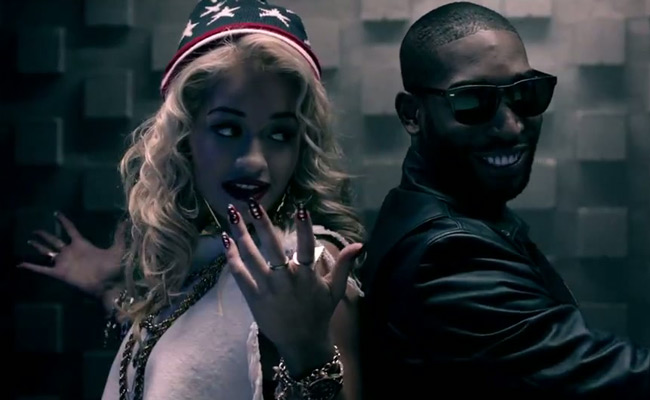 The music video features an unshaven Tinie Tempah and it premiered on Rita Ora’s official YouTube VEVO channel in early April 2012. It was directed by Emil Nava, the video was set in a garage and featured props that included cars.

The song was written by Canadian rapper Drake, while production of the song was handled by Stargate and Chase & Status. Originally written for Rihanna‘s fifth studio album Loud, the lyrics speak of Rita confronting her boyfriend, telling him to forget about his ex. The song was released as the lead single from the album in the United Kingdom and released on May, 6 2012.

END_OF_DOCUMENT_TOKEN_TO_BE_REPLACED

Wait Your Turn is a promo song performed by singer Rihanna. Written by The-Dream and produced by StarGate and co-produced with Chase & Status, the song serves as promo song for Rihanna’s fourth studio album Rated R.