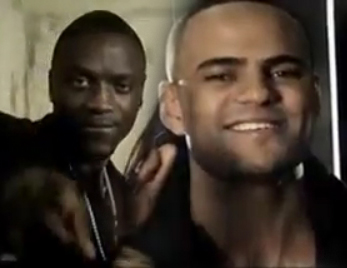 The track is produced by RedOne and it features singer-songwriter Akon.