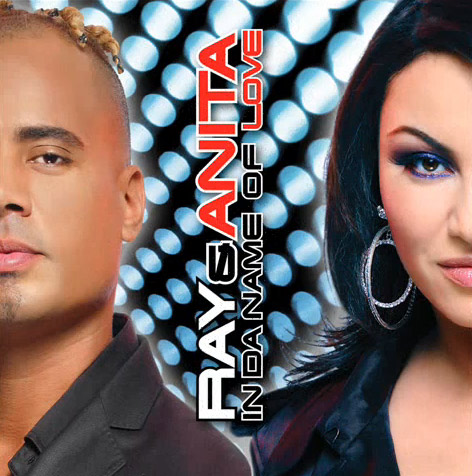 In Da Name of Love is a single from Ray & Anita (original two forming members of 2 Unlimited), it was released as a digital single. It may also possibly be a single from an upcoming album. The single premiered on Radio 538 on 5th January 2010, and officially released on iTunes (Holland) on 8th January. On their Youtube page, Spinnin’ Records announced that the full release on CD Single will be available on January 22nd. Written by Ray Slijngaard & Anita Doth, and Co-Written by Robin Morssink & Robert Jan van der Toorn, the new song takes on today’s musical style, while still paying homage to the older fans from 2 Unlimited with rap verses, finding an equalibrium that will allow new fans to enjoy it, while not alienating the older ones. On January 11th 2010 the videoclip will premier on the Dutch tv show RTL Boulevard.

Following months of speculation, it was confirmed on December 29 that the duo would release a new single together in 2010 called “In Da Name Of Love” as “Ray & Anita”. Jean-Paul DeCoster is thought to have denied permission for them to use the name “2 Unlimited”, as he still owns the rights to the brand. Phil Wilde had most likely given his approval for Ray & Anita to release “In Da Name Of Love” as “2 Unlimited”, but they were unable to acquire the rights to the name. This can be heard in the lyrics to the song. In the first few lines Ray says “..still Unlimited, you’re so limited..”