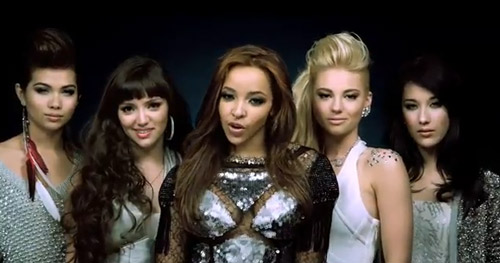 “Dancin’ Around The Truth” is a single from 5 piece American Girlband The Stunners‘ upcoming debut studio album. The track features New Boyz.

Listen/Download: The Stunners feat. New Boyz – Dancin’ Around The Truth

“We are the Stunners – 5 strong, talented, unique, sometimes naughty, sometimes nice, always entertaining, real, and definitely sassy girls. Guaranteed, you will never find another group like us. We are able to bring something fresh and new to the table, something that has never been done before, and each one of us is undeniably different. Before we came together, we each had been working around L.A. individually, pursuing acting careers, solo music careers, and sometimes even stints in other generic/boring girl groups that only put us to sleep. … so we created The Stunners! =-)

No one thought it would be possible for five girls of different ages, races, personalities, lifestyles, fashion senses, and music tastes to unite both as artists, and as friends! We are proof that embracing each other’s differences is all that is necessary to come together; not to mention we have discovered that eclecticism is so much more fun! We are able to incorporate all of our differences to create, in a sense, a “super group”. We sing, we dance, we play instruments including the violin, mandolin, piano, drums, and guitar.

We are also all working actors. Marisol recently worked as a recurring character on the CW hit series “Everybody Hates Chris”. Allie has appeared on shows such as “Suite Life on Deck” , “10 Things I Hate About You” , and most recently filmed an episode of the FOX dramatic series “Lie to Me”.

4 responses to “The Stunners feat. New Boyz – Dancin Around The Truth Music Video”