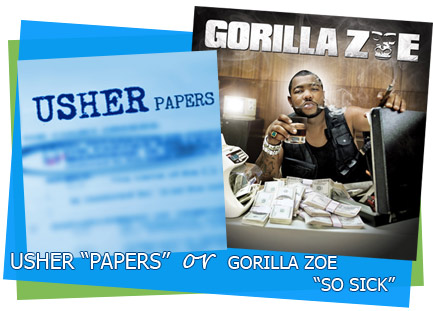 Papers is the first single of Usher’s forthcoming sixth studio album Raymond vs. Raymond. It was penned by Sean Garrett, who wrote the song and is produced by Zaytoven.

The song features the same instrumentation as Gorilla Zoe’s “So Sick” record, which included on his March 2009 release “Don’t Feed Da Animals“.