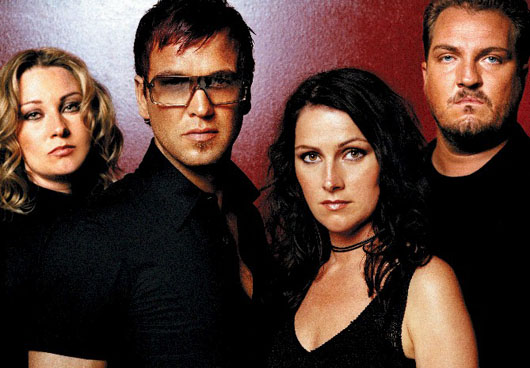 Ace of Base‘s as-of-yet untitled fifth studio album is currently under production by the band themselves and various American producers. Set for release in September 2008, the album was first announced in 2004 in their official website with a planned Summer 2005 release, but was delayed due to record companies’ problems and Jenny’s birth of her first son. Later in 2006 it was stated that fans could expect the new album in Spring 2008.

On November 2006 a French fan visited manager Lasse Karlsson and got the chance to listen to a new song called Sunset In Southern California (a typical pop-reggae Ace of Base song), in which sisters Jenny and Malin both sing. On December 29, 2006, Mr. Karlsson reported that 6 songs have been recorded in between Göteborg and Stockholm with Malin and Jenny sharing vocals. However, on November 30, 2007, band member Ulf Ekberg stated in an interview that Malin had left the band and she would not be featured on the band’s new album.The new material is described as “harder and in an electro-style”, in contrast with their last studio album, Da Capo, which had more mellow-sounding tracks.

Recent information on Spanish media revealed that the label publishing the album is EMI and sets April 29, 2008 as the release date for the new album in Spain, although September is still the fixed date according to the manager of the band.

News
Ace of Base

One response to “Ace of Base’s Upcoming Album”