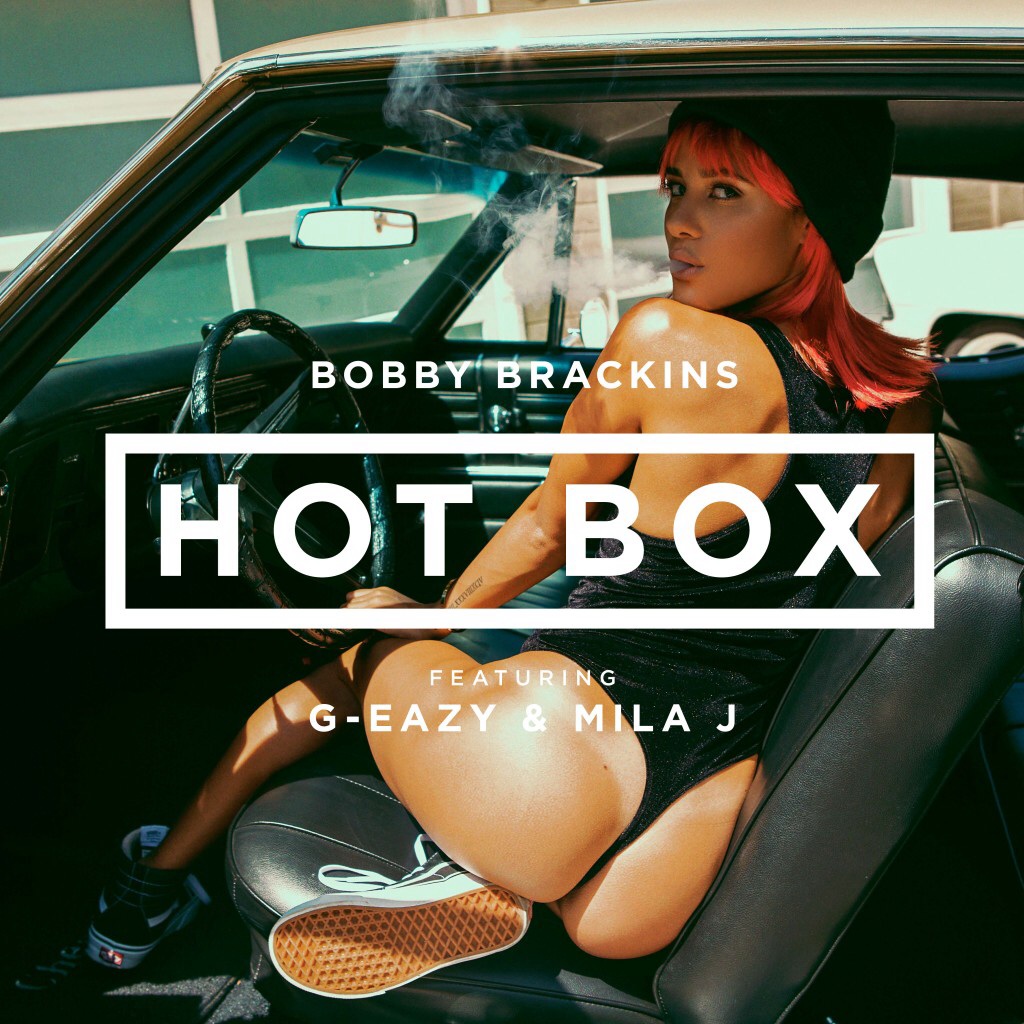 The Banger of a Track was leaked prior to release in mid October 2014. A promotional lyric video was released on Bobby Brackins’ official YouTube channel August 18th. It features a sultry red-headed bombshell-babe with plenty others in a hot pool scene-setting among others partying, having a good time and plenty-a “Hot Boxes”- and blowing plenty of smoke to go around.

Bobby Brackins is a hip-hop artist and rapper from Oakland, California

[Intro: Bobby Brackins]
Made another hit for the radio station

[Verse 1: Bobby Brackins]
Took her to the east coast where Brooklyn at
Then we chillin on the west where Oakland at!?
Young niggas be wildin’, and we smokin’ that
Anywhere that we feel bro we holdin’ that
Can’t sit still bruh, yeah we rollin’ that
Ooh wee, burn it on down for real
Poppin from the window to the wall to the ceiling
No homicides but I’m about to make a killing
Stay mobbing, is you with it?
You talk heat bruh, but we live it
Your girlfriend wanna visit
Boppa chose up when we lit it

[Verse 2: G-Eazy]
Roll up with the windows up
I’m still sippin’ whiskey from the solo cup
She down for whatever cause she know what’s up
I’m like, “Roll another one”, she said “Oh yeah, yup”
Yeah, lookin’ out for the rollers
Pass it to the left, I’m looking over my shoulders
Always had a chip, guess it’s more so a boulder
I’m always 2 on, you don’t never see me sober
Yeah, from the bay to the universe
I’ll race you to a million, bet I’ll do it first
Rap money stackin lots of yayper
I feel like ’06, hot box the scraper, yeah
Yeee!

[Bridge: Mila J]
We’re gonna party and get on in this smoke
We can go roll baby, get faded and blow
I’ll take you places never thought you would be
Baby let’s hotbox; bring the drink and the trees