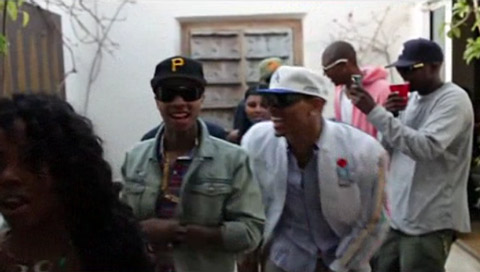 “G Shit” is the second promotional video and single from Chris Brown & Tyga‘s upcoming mixtape. Watch out for the release of their first mixtape Fan Of A Fan later this year. The video which much like their first video “Holla at Me“, is directed by Alex Nazari.