Lil’ Wayne feat. Gudda Gudda – I Don’t Like the Look of It Music Video 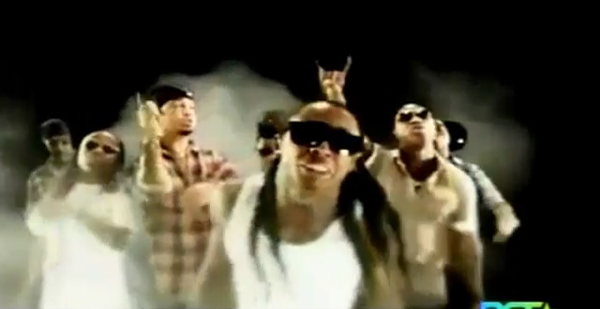 “I Don’t Like the Look of It” is a single from American rapper Lil’ Wayne‘s eighth studio album, I Am Not a Human Being and features Young Money rapper Gudda Gudda – who’s song it originally leaked as.

The single and video versions along with the bonus track from I Am Not a Human Being features a new beat and background track, which is more composed of and upbeat banger of a track, as compared to the original (yet equally as awesome of a track!)

The music video features cameos by many Young Money members including Birdman, Lil Twist, Lil Chuckee, among many others.

The track is produced by Jahlil Beats, it is unknown whether both the original track and the final bonus tracks are both produced by Beats. However, it can be noted the “Willy Wonka” samples that the song once consisted of are now gone from the newest version.

Lyrics for Lil’ Wayne feat. Gudda Gudda – I Don’t Like the Look of It

[Gudda]
Ok I’m sippin on the syrup
Got a n-gga moving slow
I’m all about the money
What the f-ck you think I do it for
B-tch don’t act like you don’t know
I’m killing all these rap n-ggas
Custom made caskets for you muthaf-cka funerals
Keep the women with me
Sh-t I gotta keep like two or more
Party everyday like we won the f-cking Superbowl
Chillin wit my n-gga Mack, he keep b-tches handy
White girl on the table love them sniff nose candy
When I’m walking by the women say ” Who is that n-gga?”
I replied “Hi,I am Gudda Gudda that n-gga”
I was raised in the home of da Cap Splitters
Whip on 24′s watch it crawl like a caterpillar
I come with a toy boy like a Happy Meal
And yous a muthaf-ckin’ duck, Daffy Dill
I’m from the school of Hard Knocks, where we scrap and kill
Pick the knife or gunner, you can get the package deal
I’m hot n-gga, burning everything around me
I was lost for a minute took a while but I found me
The streets say I’m King but the game will never crown me
Realist n-gga doin it just ask the n-ggas around me
So you cant size me up or try to clown uh
Shark in the water jump in and Imma drown ya
New Orleans n-gga, Gun out, Imma down ya
Put n-ggas to sleep like a muthaf-ckin’ downer
Imma Great White, yous a flounder
Fish and a b-tch I tuna eveything around ya
U-Haul Gudda, moving everything around ya
It’s Young Money Bitch
At the top is where they found us

[Lil Wayne]
Uhh, Goons on deck
Marley don’t shoot em’
Silence on the gun
Watch a n-gga mute em’
The coach in the booth
Call me Jon Gruden
School these n-ggas, they all my students
All jokes aside, I ain’t playin’ wit cha
The weed broke down, like a transmission
Tha choppa spin him round, like a ballerina
B-tch I’m still spittin like I ate a Jalapeño
I’m from uptown, my bitch from Argentina
My pockets on fat like Joey Cartagena
Stunt so hard, it’s all y’all fault
And when it come to beef give me A1 Sauce
I ain’t worryin bout sh-t, Everything paid out
You could catch me courtside in Dwayne Wade’s house
Wit a high yellow thick b-tch wit her legs out
Cash Money president but we in a red house
Who the f-ck want it? Make my f-ckin’ day
I blow your candles out, now n-gga cut that cake
I gotta eat bitches, like a run-away
Y’all n-ggas ain’t eatin, stomach ache
Ok, all these b-tches, And n-ggas still hatin
I used to be ballin’, But now I’m Bill Gate’n
F-ckin with my iPhone, bumpin Illmatic
I’m on the road to riches, there’s just a lil traffic
Hair still platted, thuggin is a habbit
Keep my guitar, Hip-Hop Lenny Kravitz
Bunch of bad b-tches and I f-ck em like rabbits
Dope d-ck Weezy, ya girlfriend an addict, Uhh 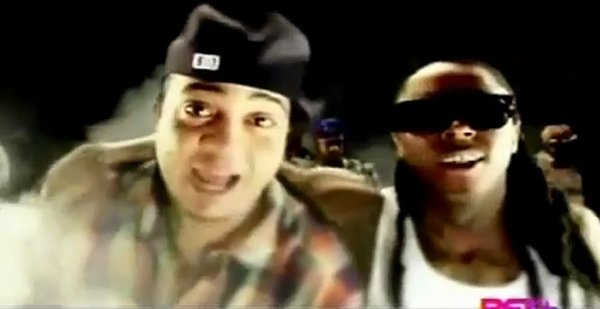