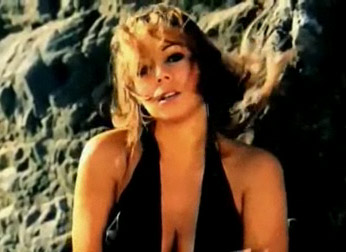 H.A.T.E.U. (abbreviation of “Having A Typical Emotional Upset”) is a song performed by American R&B / pop singer Mariah Carey, from her 12th studio album, Memoirs of an Imperfect Angel. The song, produced and written by Mariah Carey, The-Dream and Christopher “Tricky” Stewart, was released to US radio on November 2, 2009 and November 3, 2009 as the third single from the album.

The music video was shot on November 4, 2009 on Malibu Beach, in California. This beach in California is the same beach used on the 1990’s video for “Love Takes Time”, as a part of the “Memoirs” intent of the album. Additional scenes were shot for the official remix of the song in New York City on November 6, 2009. The video was directed by Brett Ratner who previously directed music videos for “Obsessed”, “Touch My Body”, and “We Belong Together”. The video uses the radio edit of the song, which is only 3:12.