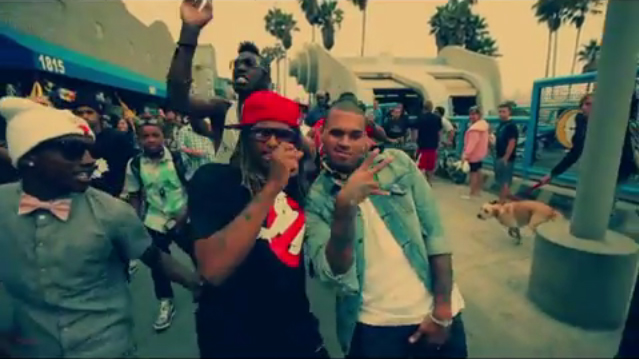 “Cat Daddy” is the debut single and music video from up and coming Hip-Hop group the Rejectz‘ upcoming debut studio album. They are also known as Rej3ctz.

The music video starring Chris Brown takes place on a busy outside hangout where Breezy’s there just to show off some of his slick dance moves and to add to this unique groups dance style on this Banger of a Track.

The music video was directed by Alex Nazari with production by Blkdmnds – it premiered in early December 2010.