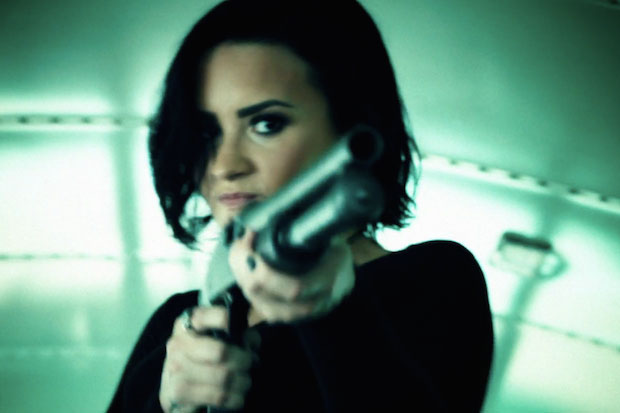 “Confident” is the second music video and single from American singer, actress and recording artist Demi Lovato from her fifth studio album of the same name, Confident.

The video was directed by Robert Rodriguez who is known for Sin City, Machete and the Spy Kids franchise. The video stars Lovato as well as Michelle Rodriguez, Jeff Fahey, Zane Holtz and Marko Zaror.

The music video was shot at Troublemaker Studios in Austin, Texas. It was released on October 9th 2015 via Demi Lovato’s official YouTube VEVO channel.