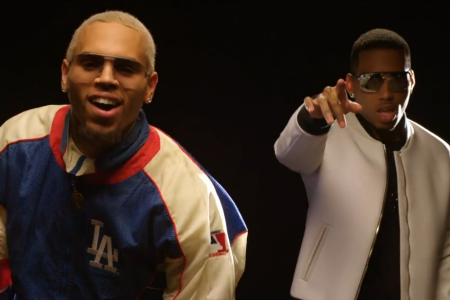 “Show Me” is the lead music video and single from American hip hop recording artist Kid Ink, released September 17, 2013 as the first single from his second studio album, My Own Lane.

The Banger of a Track is produced by DJ Mustard, features a hook by American singer Chris Brown.

“The L.A. rapper gets faded, while his friends throw a house party. He wakes up to find a couch full of ladies, plenty of liquor, and even a skateboarding bulldog.

Grab a red cup and join the party.”

The song featured a hook and bridge by RCA label-mate Chris Brown, production by DJ Mustard, along with containing a sample of Robin S.‘s 1993 hit “Show Me Love“.

The songs production features a bubbling trap instrumental with a slight R&B vibe, along with a booming beat and clapping snares that was described as being tailor-made for the clubs and radio alike. The song peaked at number 82 on the Billboard Hot 100.