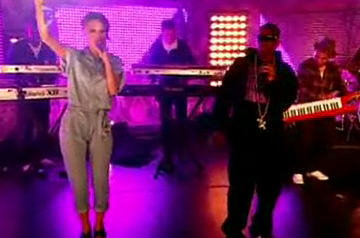 “Never Leave You” is a song recorded and performed by British grime vocalist, Tinchy Stryder. It is set to be released as the third single from Stryder’s upcoming second studio album, Catch 22 as a 4-Track Maxi-Single on August 2, 2009 and then as a regular CD single on August 3, 2009 in the United Kingdom.

It features guest vocals by Amelle Berrabah, a member of British girl group, the Sugababes and has already began to receive airplay on many radio stations in the UK including BBC 1Xtra. “Never Leave You” has also reached “The A-List” on the BBC Radio 1 playlist. The music video was released on Stryder’s official website on June 24, 2009.