Usher’s “Love in this Club” is the next “Yeah”, almost! 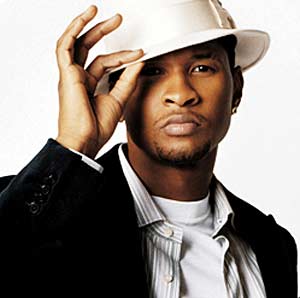 NEW YORK, March 5 /PRNewswire/ — Fans of LaFace/Zomba recording artist Usher are embracing the multi-talented superstar’s newest song, “Love In This Club.” It is the No. 1 song in the country making an astonishing leap from #51* to the No. 1* position on Billboard’s “Hot 100 Singles” chart. “Love In This Club” also claims the No. 1 spot on SoundScan’s digital tracks and iTunes tracks charts during the first week of its release. This accomplishment marks Usher’s eighth No. 1 single in the United States.

“Love In This Club,” featuring Young Jeezy, co-written by Usher and produced by Polow Da Don is also being well-received by music critics; Entertainment Weekly calls it a “Must” listen, proclaiming that Usher “returns with his magnetic club groove.”

“Love In This Club” is the first single from his eagerly-awaited fifth studio album titled Here I Stand, slated for worldwide release this June. Here I Stand is Usher’s follow-up to his history-making, 9x platinum-selling Confessions. Within the first week of the release of Confessions, Usher sold more than any other R&B artist in the history of SoundScan. The album spawned four #1 hit singles and Usher spent 40 weeks in the No. 1 position on The Billboard Hot 100 — which is more than any other male artist in the nearly 50 year history of the chart. The multi-talented, five-time Grammy-winner, musician and actor has sold nearly 14 million copies of Confessions worldwide and it earned a multitude of honors including MTV, BET, and People’s Choice awards.

Over the span of his 14-year career, Usher has sold close to 26 million albums worldwide and combining all of his single, album and DVD sales, he’s sold in excess of 36 million units globally. With four studio albums, the eponymous first release, Usher (1994) and multi-platinum albums, the 6x-platinum My Way (1997),the 4x-platinum 8701 (2001), and the 9x-platinum Confessions (2004) and one gold-certified live album simply titled Live (1999), and a string of #1 hit singles including “U Remind Me,” “U Got It Bad,” “Yeah,” “Burn,” and “My Boo” Usher’s return to the top of the charts is inevitable. The Tennessee-born, Atlanta raised performer, songwriter, producer, dancer, actor started his multi-faceted career at the age of 15-years old.

Usher Raymond IV has achieved what few other contemporary entertainers have ever accomplished. He most recently launched a successful line of signature fragrances, actively heads up his own charity, New Look Foundation, a camp for teens that teaches them about the entertainment business, and he is part owner of the Cleveland Cavaliers basketball team.

He is currently gearing up to promote his forthcoming album.