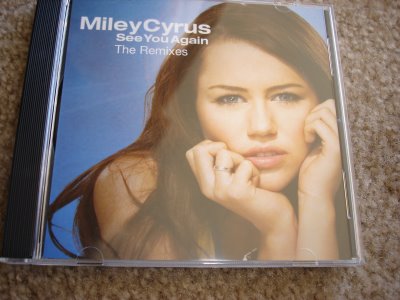 “See You Again” is a song co-written by Miley Cyrus, credited as Destiny Hope Cyrus, from Hannah Montana 2: Meet Miley Cyrus. It was performed along with “G.N.O. (Girl’s Night Out)” at the 2007 Disney Channel Games, filmed in Orlando, Florida, USA. The two songs aired as a part of the closing ceremonies. “See You Again” has been confirmed as the second single for Miley Cyrus. Cyrus has also confirmed on her official website that this is her favorite song.