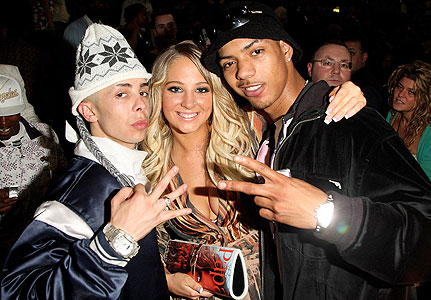 Never heard of N-Dubz? Unless you are from the UK, specifically London – you probably have never heard of them.

N-Dubz are a MOBO award winning hip hop group from London, based around Camden Town. They are made up of Dino “Dappy” Contostavlos, Tula “Tulisa” Contostavlos and Richard “Fazer” Rawson.

All of the members of N-Dubz attended school in St John’s Wood (Quintin Kynaston School), and came together as a group under the management of Dino Contostavlos’s father, Byron Contostavlos (formerly of Mungo Jerry), who died on 12 April 2007. Members Dino (Dappy) and Tula (Tulisa) are cousins. Each appeared on Channel 4’s Dubplate Drama after they began to get noticed as a group. Performing as the Lickle Rinsers Crew, they released the singles “Bad Man Riddim” and “Life Is Getting Sicker by the Day”, which became hits on English pirate radio stations. Before their first single release, when they were known as NW1, they made a music video for the track “Everyday Of My Life” which received airplay on Channel U, they also recorded more demos as NW1 such as “Don’t Feel Like Moving”, “Girl On Road” and “Livin Broke”.

Their first single to be released was “You Better Not Waste My Time” available for download only until their 2006 self-released single, “I Swear”, won them their first mainstream notice. It wasn’t until 2007’s “Feva Las Vegas” (also self-released) that the group appeared on the UK charts, peaking at #57. After winning a MOBO for Best Newcomer, the group signed to Polydor Records and re-released their first single “You Better Not Waste My Time” on the label, which debuted at #26 on the UK singles chart. In mid 2007, Dappy released “Love for my Slums” with fellow UK artist Baker Troble. This song was number one on Channel U for many weeks, and was a big hit with the UK underground rap scene. Dappy appeared on the television show Never Mind The Buzzcocks on 29 November 2007, and wore a trademark floppy eared hat which Simon Amstell also sported as part of a gag. He appeared for a second time in late 2008.

In May 2008, a song entitled “Ouch” surfaced along with a music video. The video for “Ouch” attracted over 4 million viewers on networking site YouTube, in just over a month after release. On 6 August 2008, it was announced that the group had left Polydor Records and had signed to All Around the World records. The label predominantly specializes in dance music, however, they have occasionally released hip-hop records such as Ice Cube’s You Can Do It. The press release stated that the label would be releasing “Ouch” as the group’s first single on the label in September 2008.

The group’s first album, Uncle B, was released on 17 November 2008. The album features all of the releases that made N-Dubz famous, including “You Better Not Waste My Time”, “I Swear”, “Feva Las Vegas”, “Love for My Slums”, “Ouch”, “Defeat You” and “Papa Can You Hear Me?”. Strong Again was touted as the third single to be released from the Uncle B album on 16 February 2009 and a music video was made, before the physical CD released of the song was cancelled for unknown reasons. The song charted for five weeks in the UK Singles Chart, peaking highest at number 24.

Group member Dappy was featured in Tinchy Stryder’s 2009 #1 single tentatively titled “Number One”, the video also featured cameo appearances from all N-Dubz’s members. Due to the success of their debut album, the group embarked on their first headlining tour Uncle B Tour. The tour was originally planned for 16 dates but due to extreme demand 5 extra dates were added. The tour was supported by grime superstar Tinchy Stryder with whom N-Dubz collaborated on his #1 single “Number 1”. The tour sold out within days.

The song Wouldn’t You was then announced to be the seventh, and last, single to be released from the Uncle B debut album. The song has been a fan favourite since the albums release in 2008. The song was released digitally on the May 25, 2009 and peaked at #64 in the UK. 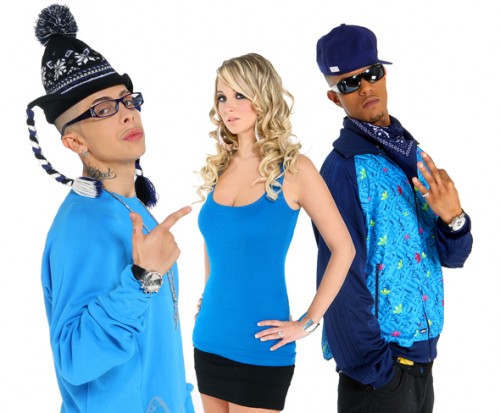 Tulisa and Dappy both reprised their roles in the third and final series of the Channel 4 show Dubplate Drama, the story for the third series was mainly set around Tulisa’s relationship with her music manager and lead singer of an R&B group while tackling a drug addiction to Cocaine. Dubplate Drama finished with Tulisa kicking her addictions and leaving in a Taxi for pastures new. N-Dubz are currently working on their second album since finishing the Uncle B tour. The group has stated this should be released either late 2009 or early 2010 according to a statement made on the groups facebook page by band member Richard “Fazer” Rawson. The band have confirmed that they have recorded a new song entitled “I Do Not Want To Go To Sleep” for their new album. Judging by the title of the song this solidifies Dappy’s statement in an interview with 4music about a possible change in direction to making their Sophomore release an album of “Club Bangers”.

Dappy has since confirmed this and said they are currently living in a cottage with a studio, recording their new album for four months, they also stated their sophomore album will have 14 songs on it. N-Dubz have revealed that they are making good progress on recording their second studio album. The group have been working on the follow-up to multi-platinum Uncle B in rural Surrey, but took time out to pick up the Digital gong at the Silver Clef Awards in London. “We’ve just taken a quick break,” Tulisa told the Daily Star. “We’re having fun and the album is sounding good.” The singer added that the group have adopted unusual work patterns while making the new record “We normally work till 5am – I come alive at midnight, like a vampire.”

N-Dubz have joined forces with the likes of Tinchy Stryder and Pixie Lott to record a charity song for War Child. The Noisettes, Chipmunk, MPHO, Ironik and Kid British have also signed up for the project under the name The Young Soul Rebels. The music stars will release ‘I Got Soul’, a rewritten version of The Killers’s ‘All These Things That I’ve Done’, to raise money for marginalised children in war zones. Tulisa has admitted she felt privileged to record the charity song. “It’s an issue that hasn’t been looked at enough. And you know, even until I found out about this event, I didn’t really know that much about it, and that’s saying something you know. And the fact that I’m only finding out now is not really good enough. So that was every reason for me to get involved.” She told BBC Newsbeat.

The group will be will be embarking on a Chistmas Party Tour from the November 17, 2009. They will visit 10 cities across the UK performing a couple of songs from their album “Uncle B” and some songs from their as-yet untitled second album as a taster for its release, as confirmed by their official MySpace page. The tour poster can also be viewed on their MySpace.

Tulisa has revealed that the group have recorded a song called ‘Who Do You Think You Are’ about teenage pregnancy for their new album. It is about a young couple arguing whether to keep their unplanned baby. “It’s not something any of us have been through personally,” Tulisa told the Daily Star. “But everyone knows someone who has. The three of us wrote down our different perspectives and we based the song around that. It’s our favourite track on the album.” 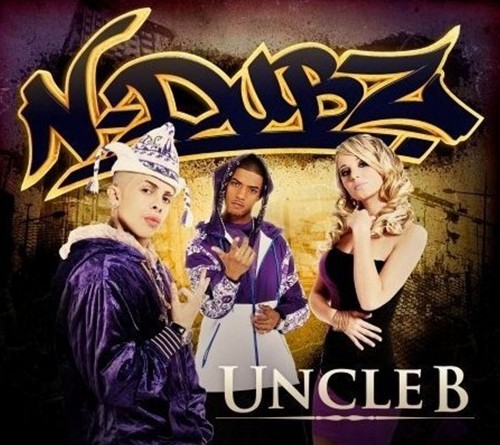 Uncle B is the first album released by N-Dubz. It was released on November 17 2008. The album is dedicated to former N-Dubz manager (father of Dappy and uncle of Tulisa) Byron Contostavlos, who died shortly before the band were signed to new label All Around the World. It entered the official UK Album Charts at Number 11. On the 6th of January 2009 it was announced on the official “All Around The World” website that the album had gone platinum.

In total there have been 7 songs released from this album, either under Polydor Records, All Around The World Records or Self-Released by the N-Dubz’s members. The album has been a long time in the making as the group have drifted between labels.The album holds the group’s biggest hit yet “Papa (Can U Hear Me)” which peaked at #19 in November 2008. This is not including Dappy‘s collaboration with Tinchy Stryder on his #1 record ” Number 1“, which only featured cameo appearances in the video by the other member’s. 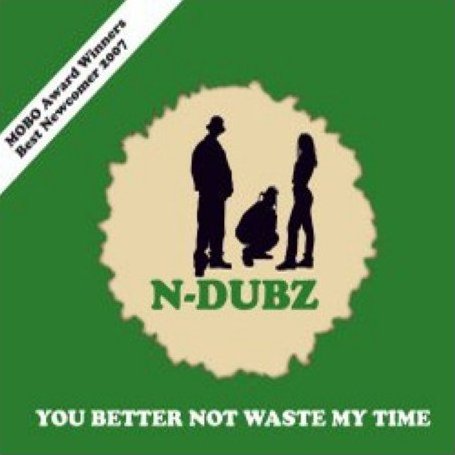 “You Better Not Waste My Time” also known as “Better Not Waste My Time” is the debut single by English MOBO-award winning grime group N-Dubz. It was released on August 19, 2006 as a digital download only single, whilst the group was still self-funded. It was then later re-released on October 22 2007, this time with a physical release and under the group’s new record label at the time – Polydor Records. The single was later featured on N-Dubz’s Platinum-selling debut album “Uncle B” which was released in November of 2008. “I Swear” is the second overall, and last single released by English hip hop trio, N-Dubz under their self-funded record label, LRC before moving to Polydor Records for the release of their third overall single “Feva Las Vegas”. It was released on September 12, 2006 as their first mainstream release.  The maxi single is the only album (EP) by N-Dubz that is on the US iTunes store The track later featured on the groups debut album, “Uncle B”, more than two years after the single was originally released. 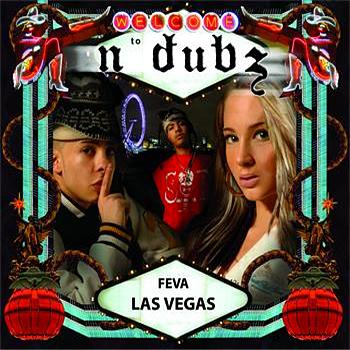 “Feva Las Vegas” is the third single by English Hip hop trio, N-Dubz. The song became the group’s first single to chart inside the UK top 75 and is included on their debut album Uncle B. The single’s B-side, “N-Dubz vs. NAA” was also released as a separate, download only single. 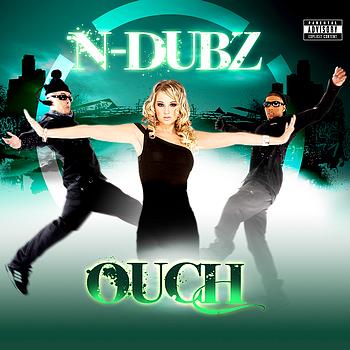 “Ouch” is the fifth single by English hip hop group N-Dubz. It was their first single to be released since being signed to All Around The World. The song peaked at #22 in the UK. “Papa Can You Hear Me?” is the sixth single by English Hip hop trio, N-Dubz. The song is dedicated to former manager (and father of Dappy and uncle of Tulisa) Byron Contostavlos, who died shortly before the band were signed to new label All Around the World, it became their third top 40 hit and the second with All Around the World, it later became their only top 20 hit.

Listen/Download: N-Dubz – Papa Can You Hear Me? 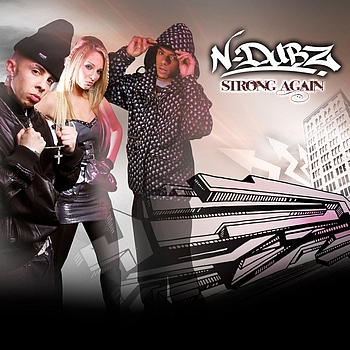 “Strong Again” is a song by English hip hop trio, N-Dubz. It is the sixth single from their debut album Uncle B and was produced by Kano and Fraser T Smith. The song was featured on the album advert before it was confirmed to be a single.

This song features on the UK compilation album Now That’s What I Call Music! 72. This is the first N-Dubz song to make a Now! album.

This song, in my opinion – is their best song to date. So Definitely check out the video and the song – you won’t regret it! 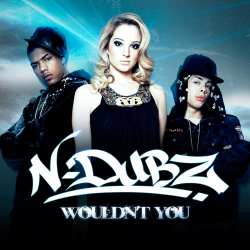 “Wouldn’t You” is a single by English Hip hop trio, N-Dubz. The song was released as the seventh single from their platinum debut album Uncle B. The song was written by N-Dubz and Fraser T. Smith; the latter also produced the single. 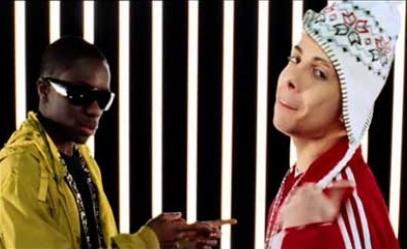 Dappy from N-Dubz has been featured on a single from Tinchy Stryder titled “Number 1” The song is writtern by Tinchy Stryder, Dappy, and Fraser T Smith, who is also responsible for the proction, from Stryder’s forthcoming album Catch 22. 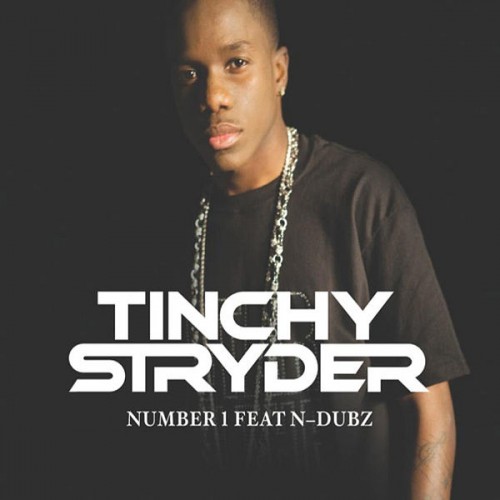 As always, a very big thanks goes out to Wikipedia and the people who put together the artist pages such as N-Dubz. You can check out more information about N-Dubz on their MySpace, website or their Wiki.