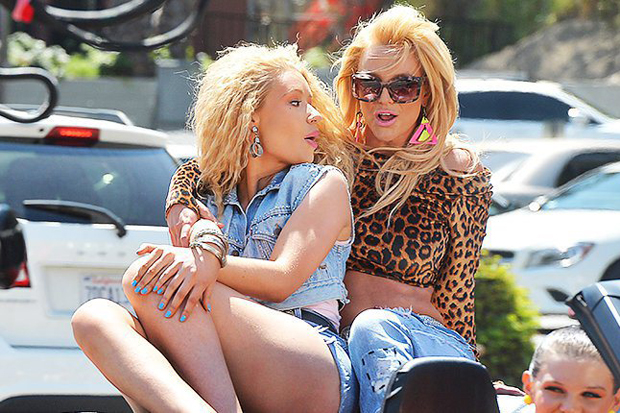 [Verse 1: Britney Spears]
Hey, don’t you know that it’s always the same?
From Australia ’round to LA
You can betcha’, wherever the girls go, boys follow
We be keeping them up on their toes
They can laugh, but they don’t get the jokes
Just you watch, they’re so predictable
(Some things don’t change…)

[Pre-Chorus: Both]
(The girls roll up)
Windows roll down
(Eyes on us)
Jaws on the ground
(Watch them go)
It’s just so funny
(Like bees to the honey!)

[Verse 2: Britney Spears]
Tell me, is it true that these men are from Mars?
Is that why they be acting bizarre?
Every time I walk out of my house it’s like, “Hey, baby!”
They don’t see me rolling my eyes
They buzzing around me like flies
They got one thing on their minds
(Some things don’t change…)

[Verse 3: Iggy Azalea]
Damn, still killing them softly
I would spend time with you but that’d cost me
They pray that Iggy-Iggy give ’em one more chance
But busy Iggy wouldn’t even give ’em one more glance
See, it’s a thin line between the beauty and the beast
Slim waist, thick cake, the whole world want a piece
Bad girl, good (ooh) would make you lose your mind
All of the boys begging Britney, hit ’em one more time
Iggs