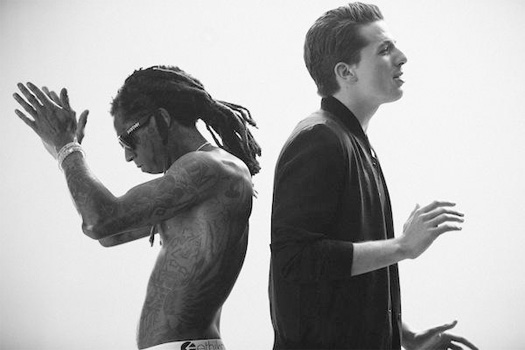 “Nothing But Trouble” is the first promotional music video and lead single featuring American rapper Lil’ Wayne and Charlie Puth.

The Banger of a Track is featured on the Soundtrack of the Documentary “808“.

Lyrics for Lil’ Wayne feat. Charlie Puth – ‘Nothing But Trouble’

[Verse 1: Lil Wayne]
When I met her she was out for love
Yeah, I bought her leather and some diamond studs
Damn, when I met her she was molly’d up
Fuck it, I said “Whatever” cause I’m not a judge
No, all my niggas say she’s not what’s up
Uh, I considered it but not enough
Uh, she just wanted to be popular
Uh, she just wanted ten thousand followers
Oh. she posted, she posted, she posted
They like it, they like it, repost it
She party promoting, she hosting
She posing, legs open, provoking
It got my head smoking
I tried to act like I don’t notice
Emotions, emotions, emotions, lord

[Verse 2: Lil Wayne]
I had to leave that ho alone and get my mind right
I had to go talk to my friends, I had to find Christ
Lord I had to, open up my eyes and find light
I was so green and all she wanted was that limelight
Lord I, was so blinded by her highlights
She had me not checking my DM’s neither my likes
Oh what, you modeling ma? Knock yourself out
Open my heart to you when you lock yourself out
When I met her she was posse’d up
In the section holding bottles up
Oh, she just wanted to be popular
Oh, she just wanted ten thousand followers

[Bridge : Charlie Puth]
I should have known from the very start
That you weren’t after my foolish heart
No, you liar, liar, liar girl
You got the world thinking you’re a star
But you, you’re not who you say you are
I’m dying, dying, dying, girl

[Hook: Charlie Puth (Lil Wayne)]
I’m facing the bottle
(I’m sipping and lighted and dipping in line, but I’m coping)
For all of my problems (I’m too open)
These Instagram models (Glad I left her)
Are nothing but trouble (But I don’t know her Lord)
She’s going away now (Now it’s over)
I’m going full throttle (You drive me crazy)
All these Instagram models
I said they’re nothing but trouble