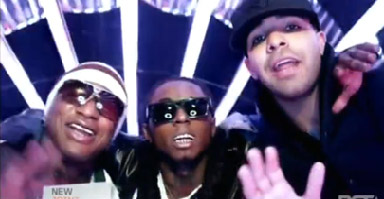 4 My Town (Play Ball) is the fourth single off rapper Birdman’s fourth studio album, Priceless. The song features Young Money/Cash Money artists Drake and Lil’ Wayne. Drake’s verse and the unmastered instrumental to the song was originally leaked and titled as “Play Ball” by Richie Wess and featuring Drake & Yung Dred, and then later placed on Soulja Boy’s Mixtape “Paranormal Activity” again as “Play Ball” featuring Drake. Another version with another verse by Birdman but no verse by Lil Wayne leaked before the official version had been released.

A video has been shot for the song and is considered to be a sequel to the Money to Blow music video. Rick Ross, Kevin Rudolf and other Young Money members make cameo.