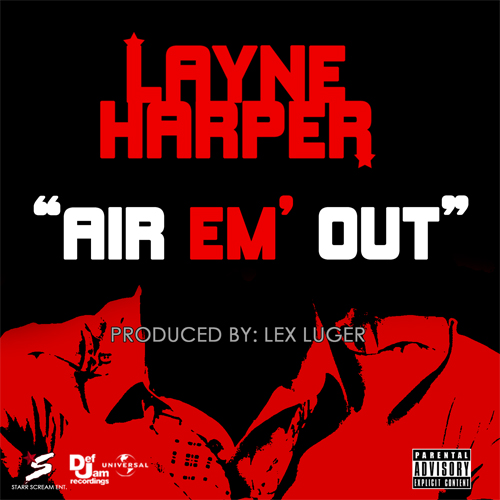 “Air Em Out” is a promotional single from rapper Layne Harper‘s upcoming studio album or possibly a mixtape in the works.

Layne has released a promotional video for the single, not an official music video however still entertaining with an above average flow. Check out Layne below:

This Banger of a Track features production from Lex Luger.