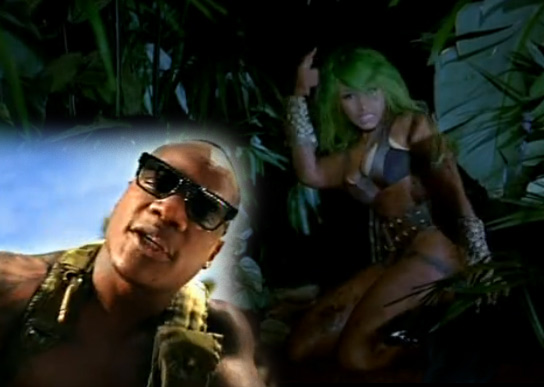 “Massive Attack” is the lead single from rapper Nicki Minaj’s upcoming debut studio album yet to be titled that is set for a summer 2010 release. The song features Sean Garrett, who produced the song along with Alex Da Kid. The single is set to be released in March 2010. A music video for the single was shot on March 16 in the deserts of Lancaster, California with director Hype Williams. The video features Sean Garrett with cameo appearances by Birdman and Amber Rose.