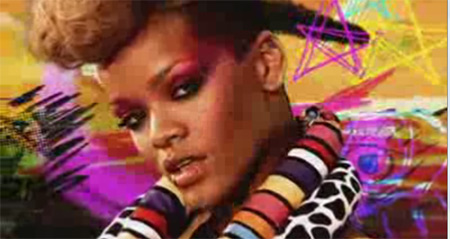 Rude Boy is a song performed by singer Rihanna, and the third single taken from Rated R. It will serve as the second international single, and the third US single. It is written by Mikkel S. Eriksen, Tor Erik Hermansen, Ester Dean, Makeba Riddick, Rob Swire and Rihanna herself and produced by StarGate. It is co-produced by Rob Swire.

The video was directed by Melina Matsoukas in January 2010. Melina directed Rihanna’s ‘Hard’ video. Rihanna described the video as “completely different from any other video I’ve shot before. A lot of my videos are really dark and edgy and tough. ‘Rude Boy’ is more playing along the lines from my roots. We used a lot of color, but also the costumes were very Jamaican dance-hall queen type.”