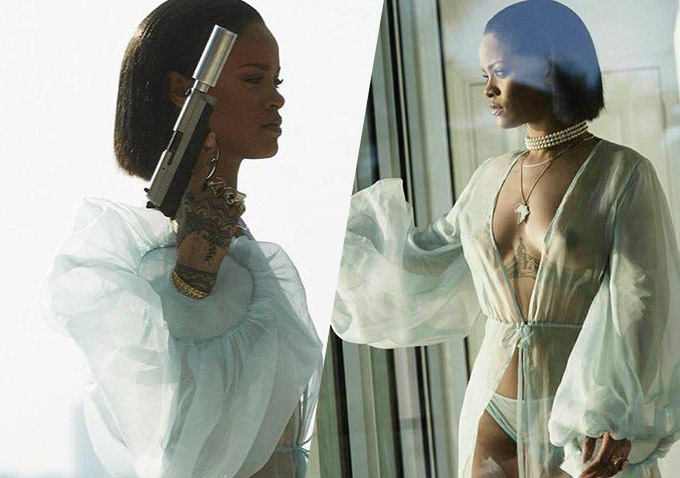 “Needed Me” is a music video and song recorded by Barbadian singer Rihanna for her eighth studio album, Anti.

In late March 2016, media outlets reported that Rihanna was filming the music video for “Needed Me” during her Anti World Tour. The reports featured photos that saw Rihanna topless outdoors and images of Rihanna dressed in a backless bronze leather jumpsuit while riding on the back of a motorcycle.

On April 20, 2016, Rihanna posted three video stills onto her official Instagram, and announced that the song’s official music video would be released later that day in celebration of 420. The same Instagram stills revealed that the music video was directed by filmmaker Harmony Korine. In due time the video premiered via Rihanna’s official YouTube VEVO channel to celebrate 420!

The single was written by Rihanna, Brittany Hazard, A. Sneed, Alicia Reneé, Charles Hinshaw and Derrus Rachel together with its producer DJ Mustard and its co-producers Twice as Nice and Frank Dukes.

It impacted the radio stations on March 30, 2016, as a follow up single from Anti together with “Kiss It Better”. The song became Rihanna’s 29th top 10 single on the Billboard Hot 100, peaking at number 8.