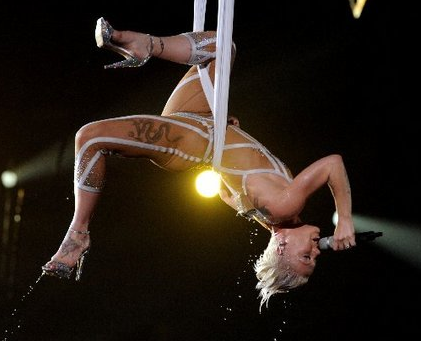 The 52nd Annual Grammy Awards took place on January 31, 2010, at Staples Center in Los Angeles, California. Neil Young was honored as the 2010 MusiCares Person of the Year on January 29, two days prior to the Grammy telecast. Only ten of the 109 awards were received during the broadcast. The remaining awards were given during the un-televised portion of the ceremony which preceded the broadcast.

P!nk – Glitter In The Air

Lil’ Wayne, Eminem and Drake – Drop The World and Forever