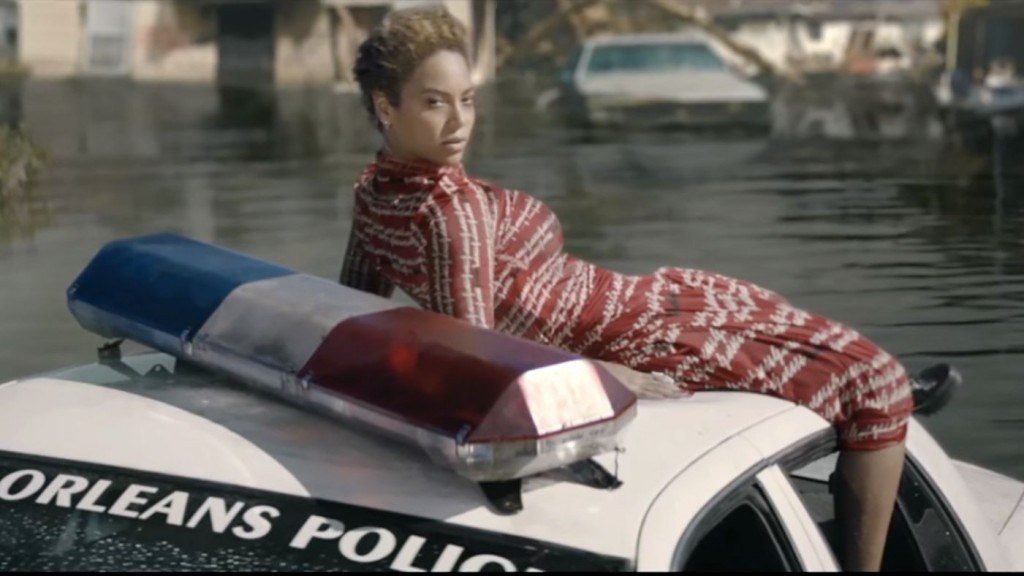 “What happened after New Orleans?” is the opening shot in this incisive piece of Art. (In other words, What happened to all the POOR People after Hurricane America, ahem, #Katrina)…. “Stop shooting us” a message reads… Outside of the clear cultural references to beautiful natural hair adorning the heads of Black people & Our Beautiful wide Black noses, The point she, Beyoncé, is pushing is that We the People don’t really do shit about this Amerikan Government (Including Black so-called “Leaders” ) causing the deaths of all of these innocent and/or defenseless People.