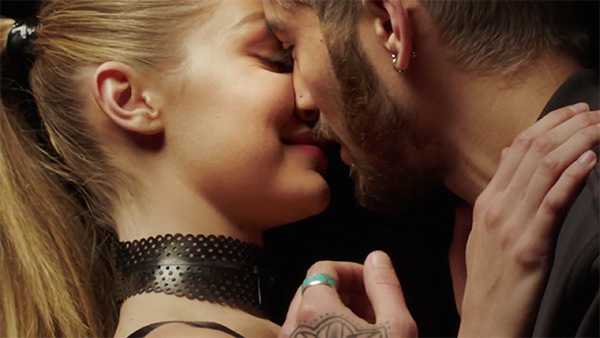 “PILLOWTALK” is a music video and lead single recorded by English singer and songwriter ZAYN, for his debut solo studio album, Mind of Mine.

The music video was directed by Bouha Kazmi. Gigi Hadid and Zayn appear in the clip, which features retro graphics, kaleidoscopic and shattered-mirror effects.

The song was released as the lead single from the album on January 29th 2016, along with its accompanying music video via ZAYN’s official YouTube VEVO channel.

It was written by Zayn Malik, Anthony Hannides, Michael Hannides, Levi Lennox, and Joe Garrett, while the production was handled by Lennox and the Hannides brothers under their stage name MakeYouKnowLove.

“Pillowtalk” was serviced to US contemporary hit radio on February 2nd 2016. It has been a commercial success, having topped the charts in more than a dozen countries, including the UK Singles Chart and the US Billboard Hot 100.

ZAYN’s debut album ‘Mind Of Mine’ out now.