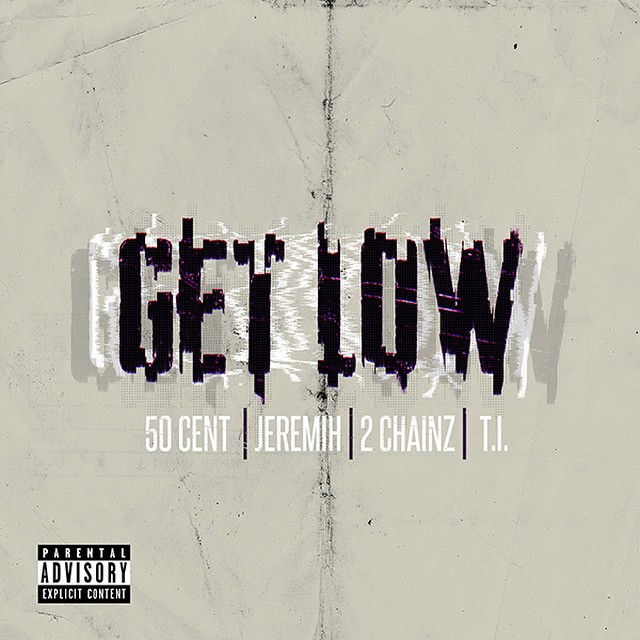 “Get Low” is a song by American hip hop recording artist 50 Cent, released as the lead single from his sixth studio album, Street King Immortal (2015).

The song, and Banger of a Track is produced by Remo the Hitmaker, features guest appearances from American rappers 2 Chainz and T.I., as well as American singer Jeremih.

[Verse 1: 50 Cent]
I blew ten, I blew twenty, it’s nothin’ to me, I get money
I eat, sleep and I shit money, I, I, I can’t get this bitch off me
I’m tossin’ it and she want it, that’s the way we own it
Sound crazy, don’t it? I’m turned up – never turnt down
Them bottles come when we want ’em
Pass ’em out to my homies, shorty break it down for me
I done gave her head for that knowledge
Shorty lap dancin’ all on me
Probably give it to me now, give it to me now
First she got me up, then she’s goin’ down
Finna climb that, I mean climax
We ridin’ out, I’m gon’ ride that
Triple X flick, we gon’ try that
She could press record, don’t rewind that

[Verse 2: 2 Chainz]
My hair longer than hers, bitch, life ain’t fair
I’m gettin’ paid off ad-libs, all I got to do is say, “Yeah”
Ridin’ around in that foreign, all your stories sound distorted
Got so many Cuban links with me, my chain could get deported
At the bar takin’ shots, you are out, you need reloading
If you ever took a bitch from me, I come back to repo it
Dirty Sprite, I’ll repour it, smellin’ like a car dealership
And I don’t think it’s gon’ work out
So, bitch, you need a membership

[Verse 3: T.I.]
Let a nigga let you know how much you care about a bitch
I’m ’bout as cold as it get
Only thing you get is a whole lot of dick
Shout to Collipark when it’s sold by the brick, nigga, hold up
Sittin’ on the stage with the rats out though
Got some grip with me, turn to the max, I don’t go
But we with the shit, you bitch try me we shootin’
And shootin’ ’til the gun don’t blast no more
Back it up to me
Grind on me like you’re tryin’ make love to me
And go and bring the baddest girl in the club to me
That’ll make you the baddest girl in the world to me
For real, huh, and I’m still ridin’ one hand on the wheel
The other one touchin’ the girl while she kissin’ the other one
Makin’ her face her like she finna bust her one