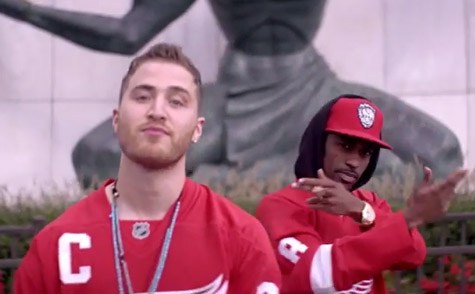 The 25-year-old crooner takes it back to Detroit with his fellow D-town native and friend Big Sean.

They hit the 50-yard line at Ford Field, home of the Detroit Lions, and cruise through the Motor City, posing in front of the “Finally Famous” mural at Dexter Check Cashing. Mike links up with some famous Detroit athletes and his parents, and dribbles down the court at The Palace of Auburn Hills sporting a Pistons jersey. [via Rap-Up]

Watch the Detroit players put on for their city.

The video premiered in mid-late December 2013.

His sophomore album PAGES is due next year. With every copy sold, he will donate a meal to a child in need.