Listening to the new Pussycat Dolls album Doll Domination you’re not quite sure what to expect. You don’t want to set your expectations too high, but you need to remember these are the girls who brought you “Don’t Cha“, and “Buttons” – so I don’t know about you, but my bar is definitely set high for their second album. Especially with the help of producers from Timbaland, Darkchild, Polow Da Don and many other chart toppers! 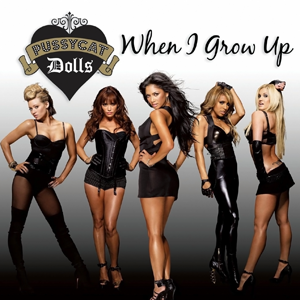 Besides the chart topper track that oozes Pop, Darkchild‘s production with the first single (that everyone knows!) “When I Grow Up” is one of the few tracks to feature all the girls – which can easily be the fan favorite of the album. Especially with the driving chorus of, When I grow up I wanna be famous, I wanna be a star, I wanna be in movies. When I grow up, I wanna see the world, Drive nice cars, I wanna have Groupies. When I grow up, Be on TV, People know me, Be on magazines. When I grow up, Fresh and clean, Number one chick when I step out on the scene. Because, you know – who can’t relate to that?! “Elevator” is another Darkchild production featuring writing by Lady Gaga that is a bubbly pop production that also features all of PCD.

To follow up with Snoop Dogg being on the first album, he’s on the second as well featured on the Sean Garrett track for “Bottle Pop“. This is (no surprise) something you’d never think Snoop would be on – but he is.. and he does it very well. 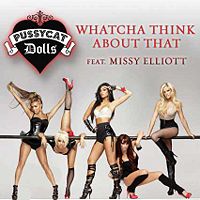 The next great chart topper everyone should remember from Usher’s “Love In This Club” is Polow Da Don‘s hand in the tracks of the second single “Whatcha Think About That“, featuring Missy Elliott which is about the girls switching up with their guys daily routines. This is a favorite of mine along with their first single. Polow also helps with “Out of This Club” featuring R. Kelly, “Who’s Gonna Love You” and “Lights, Camera Action” featuring New Kids on The Block (UK Bonus track only).

A last personal favorite is a solo song of Nicole’s “I Hate This Part” which will be the second single in Europe and New Zealand is a very powerful track – a must listen and a personal overall favorite track.

To wrap up the album is a track slated for Nicole’s debut album (which got shelfed) would be the Ne-Yo produced ballad with Nicole on “Happily Never After“.

Most of the tracks mentioned all (not surprisingly) feature only Nicole Scherzinger so if you’re expecting a PCD filled CD.. think again. But on the other hand, it’s not a bad follow up album whatsoever.

Don’t forget to pick up your copy of Doll Domination – OUT SEPTEMBER 23rd!