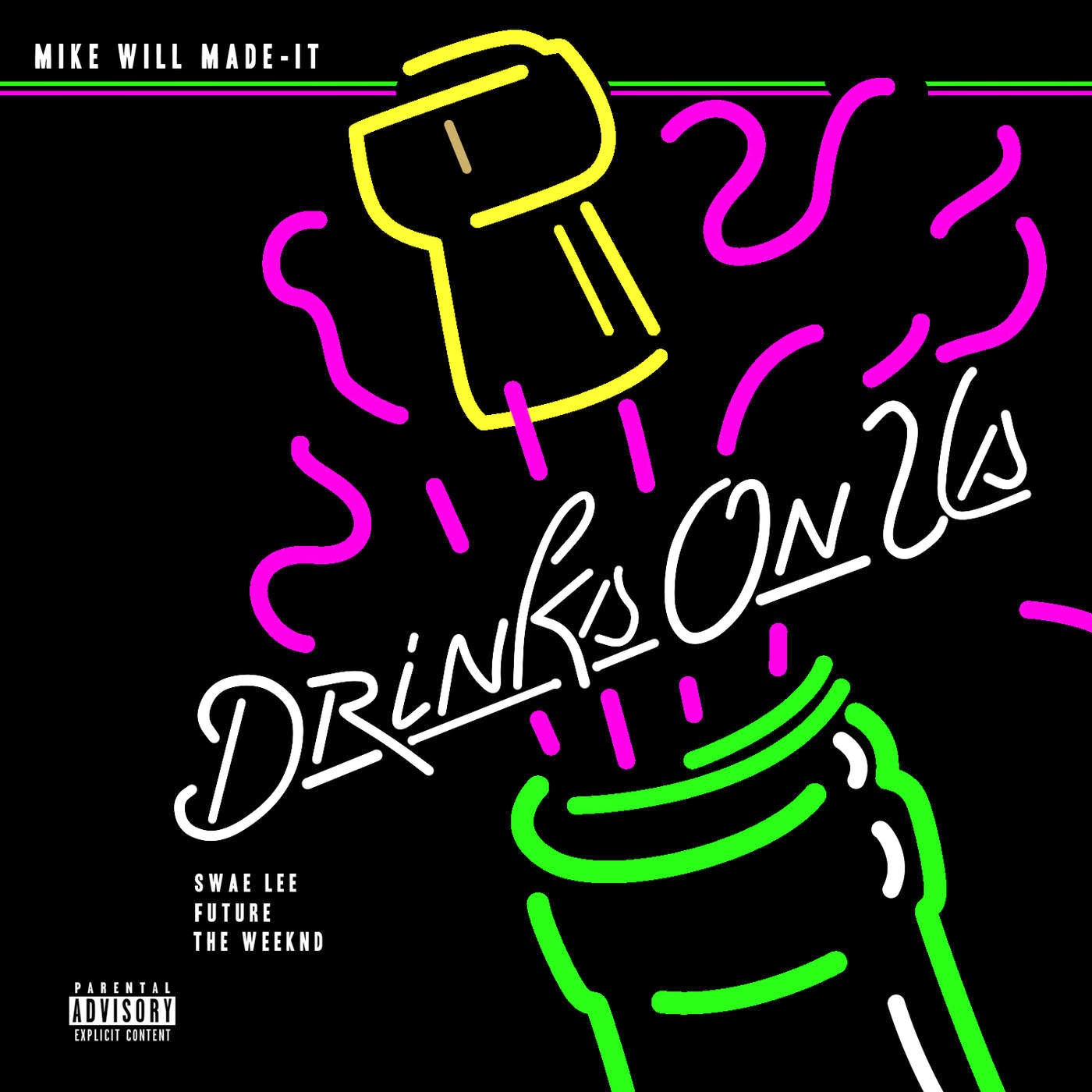 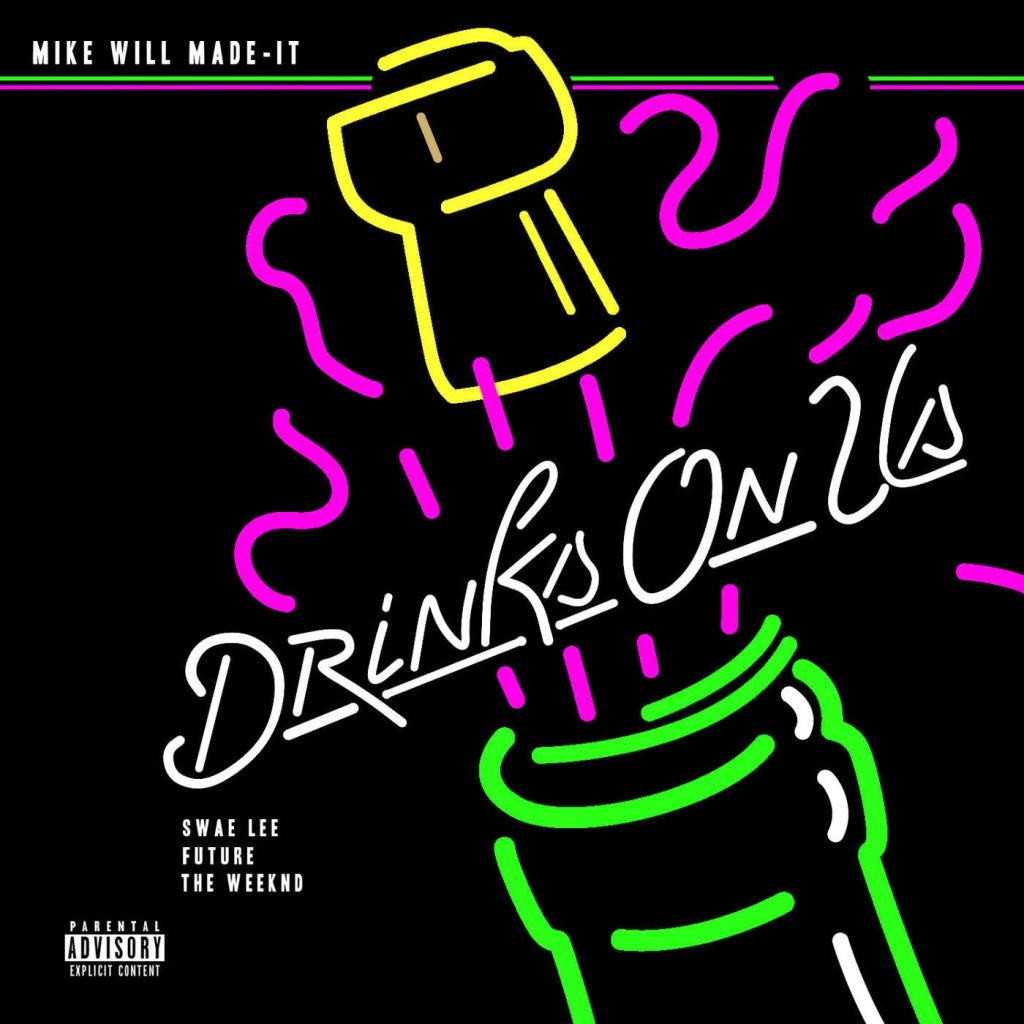 “Drinks On Us” is the lead promotional debut single from American music producer Mike WiLL Made-It‘s upcoming debut studio album, Est. in 1989 Pt. 3 (The Album).

The Banger of a Track is included on his fifth mixtape titled, Ransom. The song is also planned to be included on the debut release album from Mike WiLL Made-It. It premiered on The Weeknd’s official YouTube channel on January 31st, 2015.

Mike WiLL Made-It has released four mixtapes and plans to release his debut album Est. in 1989 Pt. 3 (The Album) in 2015, under Interscope Records and his label EarDrummers Entertainment.

Listen to: Mike WiLL Made-It feat. Future, Swae Lee & The Weeknd – ‘Drinks On Us’

Lyrics for Mike WiLL Made-It feat. Future, Swae Lee & The Weeknd – ‘Drinks On Us’

[Intro: Sway Lee]
Everybody wanna know where you got your stuff
And you say “Oh man, I got the muthafuckin plug”
Everybody sayin’, “Aye, where you get that from?”
And you feel so coolin’ every time you in the club

[Pre-Hook: Swae Lee]
Been provin’, you ain’t ever goin’ up
Every time you hit the club, you always fuck it up

[Verse 2: The Weeknd]
Bet you never see my niggas pull up to the spot
I just signed so many checks my wrist about to pop
If you ever talk about me when I’m not around
Your girl’ll probably tell me when I put it in her mouth (Mike WiLL Made-It!)

Put your wallet in your pocket, bitch you playing
Even when I wasn’t on, I’m always paying
Went from hipsters, now it’s models and these singers(on the low)
And my hair be growing like a fuckin’ Saiyan

I popped a couple pills, I think that I’m Devante
I fuck a bitch from Lost and Found like every Monday
My jaw line so defined, I’m wildin’ like I’m Gunplay
You see no white inside my eyes and it’s a fun day
But when I’m workin’, girl, I’m workin’ for the millions
Girl, when I’m workin’, I be workin’ for them billions
Why your hand out, I ain’t trickin’, find another sucka
These bitches tryna make a livin’, but

[Pre-Hook:]
You know I been on now, then, and I’m next
Every year my year, you know I always wanna flex

[Verse 3: Future]
Say my, say my, say my name
Switchin’ bitches and I’m switchin’ lanes
When they call last shot for alcohol, I just wanna take my last drink
I just wanna sip some clean purple
Hit the car lot and just made a purchase
I just realized that I am a star, cruisin’ my coupe on the boulevard
None of my pictures are watermarked
Got more water than a waterbar
Evian draped me up, nigga
Yellow bones suck my nuts, nigga
She think it’s chocolate but she call me Papi
Papi Chulo, I’ma get it poppin’
Got some red bottoms on a hottie thottie
Put them heels to her nipples; a new karate
I just came in like a kamikaze
I just walk ’round like a zombie, daddy
I don’t like bein’ in paddy wagons
So no remorse, I’m about the fetti
Had a few horses come by the telly
Eating each other, they get some credit
Got commas on commas, I’m really ready
I’m really ’bout to pour up on a jet
I would never mention niggas names
Tell a nigga, a nigga never did exist
You niggas never never been a threat
These niggas never get enough attention
I just put the bitch on punishment
I’ve been hangin’ where the money been
I don’t know what type of love is this
Can you tell me where my dogs at?
Put a hollow in your ball cap
What type of nigga you call that?
When I hang up on you, never call back
I’m a money counter, count my own money