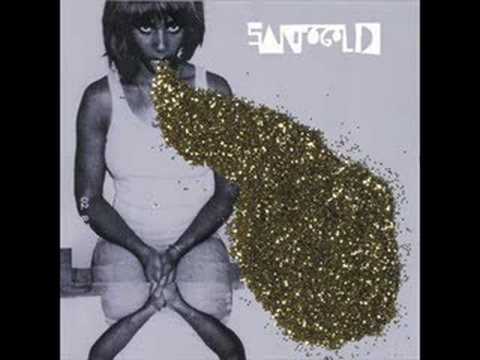 “Shove It” is a song off Santogold‘s debut album, the track was remixed by and features Project Pat. The track is rumored to  be on an upcoming re-release of some sort along side with Jay-Z‘s “Brooklyn Go Hard” in which she is features. The remixed song sounds like most rap music nowadays (at least Three 6 Mafia/Project Pat’s music). So, if you’re familiar with the original song of “Shove It”, this might be a different suprise. But in my opinion, I really like it. It’s a banger of a track (which it wasn’t before). Some say that it has lost what made the song originally, but if I may disagree…

Santogold revealed to NME that she “may also do something with Jay-Z, it’s kind of secret – it’s not for anything, it’s just ’cause we want to.” The collaboration, “Brooklyn Go Hard”, was produced by Kanye West and contains a sample of Santogold’s track “Shove It”; she also contributes a new verse. It appears on the soundtrack to The Notorious B.I.G. biopic Notorious. “Brooklyn Go Hard” debuted on Billboard’s Hot R&B/Hip-Hop Songs at number 62.

She will appear on a song entitled “Whachadoin?” with M.I.A., Nick Zinner, and Spank Rock for N.A.S.A.’s debut album, The Spirit of Apollo, as well as a song entitled “Gifted” with Kanye West and Lykke Li.

So, obviously they’re cashing in like what M.I.A. did with “Paper Planes”.