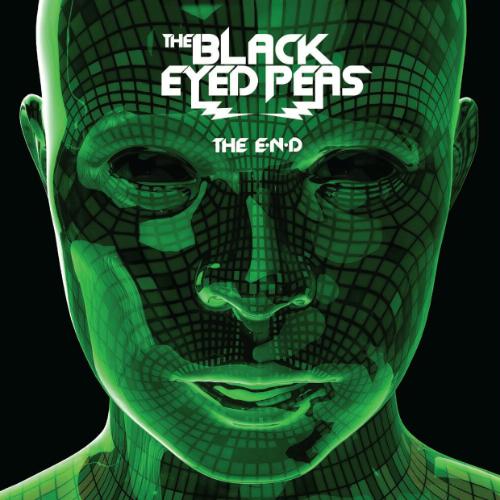 The E.N.D. (The Energy Never Dies) is the fifth studio album by American hip hop group Black Eyed Peas. The production is led by will.i.am who takes the album away from the group’s traditional hip-hop style into a new ero of electro-hop. The album features production by mainly will.i.am, but features others such as Keith Harris, David Guetta, apl.de.ap, Fergie, DJ Replay, Jaime Gomez and Printz Board.

“Boom Boom Pow” is the first single produced by will.i.am. If you haven’t already heard this song, I don’t know what to tell you. If you happened to have missed it, check out the video below to witness it’s greatness. The bass is unbelievable and everything is perfect from beginning to end. Chorus is on point, everything is on point. “Boom boom booooom… booom booommm.. booom booom..” Need I repeat? This is one of their best singles to date, the song probably will never leave my playlist!

“Rock That Body” is a very disco-pop induced track produced by David Guetta and will.i.am and quite possibly one of the very best tracks on the album, and to come right after Boom Boom Pow on the tracklist – wow, what a great track. The track samples “I wanna rock now..”

“Meet Me Halfway” is a slower R&B song produced by Keith Harris and will.i.am with the usual Fergie-chorus vocals and rapping. This song in my opinion is just okay on the album, but it’s very listenable and has a hook that will grab you.

“Imma Be” produced by Keith Harris and will.i.am is possibly being the hottest beat ever produced – EVER. Beats My Humps.. beats.. you know ANYTHING I’ve ever heard. I don’t really know what is so addicting about “Imma Be”, besides it’s my shit. I don’t know how to describe it, every line and deliverance is just great. The song halfway through changes pace with a different beat, in which I’m not too fond of (but still growing to love it). So you practically get two songs “Imma Be” that sound entirely different. So it’s almost like a Love-Hate relationship in which I’m not sure if I like it – but I can’t stop playing it over and over in my car. I don’t see this song getting removed from my playlist anytime soon.

“I Gotta Feeling” is the second official single produced by David Guetta following Boom Boom Pow. It is a perfect “summer” single for the Peas and no doubt it will blow up. The song will soon be your favorite song to listen to. The song consists of a very catchy summer anthem in which the elements build up a hard loud dance bass “jump jump” (as comparable to P!nk’s “So What”) at the chorus. First if there aren’t enough choruses in the song, you practically will have memorized them all before the song has even closed. This song is going to (if it hasn’t already) have everyone singing “I Gotta feeling…..”, you know the rest. So, to say the least this is one of their finest singles to date.

“Alive” is a very Kanye 808’s & Heartbreak sounding track produced by will.i.am with a very catchy chorus. The song first starts with Fergie’s vocals in which at one point she mimics a verse from “My Humps”. “Your love your love your love, your love is what it was, that had me feeling buzzed” sang in tune of the chorus from “My Humps”. A favorite song of mine – in which they once again expand the boundaries of what music really is and should be.

“Missing You” is a really great upbeat R&B song produced by Pritz Board and will.i.am, it features mostly Fergie in the beginning singing the Bridge and the Hook, then going into rapping, similiar to how “Shut Up” from Elephunk was. Overal it’s a very nice song,with particularly Fergie’s vocals that pull off the excellent hook. “I i i i, I’m missing you’re.. love love love.. I’m missing your love..” Who can’t relate – besides the love-less?

“Ring-a-ling” produced by Keith Harris is about girls blowin up Will.i.am’s celly and only ever wanting his ding-a-ling.. yeah?? Anyway, It might just be that the song sounds pretty hot, and the chorus is probably the most infectious one on the entire album. Repeat banger anyone??? I don’t know how they do it, but they always bring the hottest verses on some of the whackest topics. Another one of my personal favorites.

“Party All The Time” is a personal favorite of mine, produced by will.i.am and could possibly be a favorite of yours too. Do you like to Party? The term “party” can mean anything from going out to a club or getting drunk – to many more other things. We can all relate to partying and this is a great song to kick off your day, evening, or right before you go to the club – it’s too good to not listen to it everyday, all day!

“Electric City” is a pretty hot song, and has a great bassline, which is very loud either at homr or in your car. It’s a really nice banger with Fergie on the hook.

“Showdown” is a great jam produced by apl.de.ap and DJ Replay, with great verses from all of them. Will.i.am starts the song off rapping which then goes into the bridge then the Chorus which is sung “Great ready for the showdown….” Really nice car riding music to this one. Near the end of the song a robotic voice speaks about “The most powerful force on the planet is the energy of the youth, one can stimulate the economy – But when this powerful youth becomes activated, and stimulated and collectively decides to not buy things, what will happen to the economy” (then spins off broken-tape style). Which speaks for itself, and for those who have the brain capacity of a 2 year old it means that if you decide to never buy or support music, but you insist in enjoying it for free by downloading music and never paying anything – what will happen? What will happen to.. music?

“Now Generation” is a pop/rock song produced by will.i.am that speaks about MySpace, Google, Youtube, Wikipedia, Facebook is the “new place” etc. So if you’re a 20 year old, you can probably relate to this. “We are the now generation, we are the generation now.” Fast internet, wifi, podcast, text-me, check me on the iChat, I’m all about the http, you’re a pc I’m a Mac. Great song to just jam out to, pretty happy-go-lucky song, and really chill. “I just can’t wait… I need it immediately..” (Anyone get impatient with Rapidshare, or zShare timers – you’re included in here!)

“One Tribe” is a great song produced by will.i.am, which is very comparable song to the likings of “Where is the Love” with an african-sounding beat (probably the bongos). Choruses everywhere here.. if you aren’t singing the lead vocals you are singing the ohhh ohhh’s, I bet your whole car and posse will be singing it with you! “Man, I’m lovin this peace!! One tribe yall (ohh ohh). We are are all one people! Let’s catch amnesia. Forget about all that evil, forget about all that evil they feed you.. Let’s catch amnesia…”

“Rockin to the Beat” is a very 80s sounding electro-pop song produced by will.i.am. The track is pretty much just a beat, with a verse stuck in it – but it’s a pretty hot beat. Sounds like something you might hear at a live set.

With most of the tracks clocking in over four minutes and some topping five minutes they all stay fresh and every changing so you are not bored with the songs whatsoever. The great vocals, production value and verses by all of the Peas makes this a must have for any music fan. I don’t know what else to describe about this album other than pure “Ear Candy”. My ears want bass, it wants the beats and the Peas have gotten it all with their album The E.N.D. As a Peas fan, this succeeded anything that I could ever had imagined. This album is an awesome listen from beginning to end. This is legendary – you’ll remember this one for years to come.

It was quite hard to review this album as the Black Eyed Peas are my favorite group of all time, I thoroughally enjoyed the album very much from beginning to end. If you haven’t already picked up your copy of their latest album The E.N.D. – I suggest you do so as it’ll be worth it!

THE HYPE FACTOR Evaluation: 5 out of 5 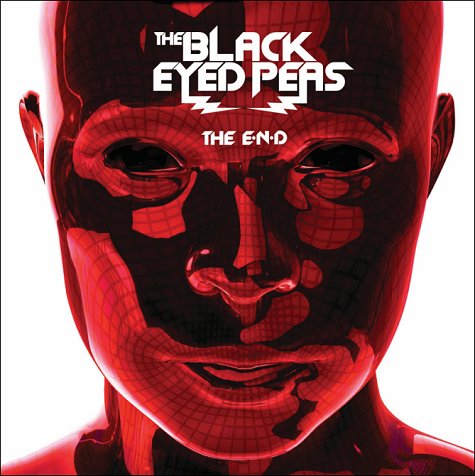