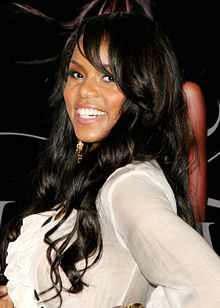 Webbie‘s second single from his second album Savage Life 2 featuring LeToya Luckett. “Missing You” or “I Miss You”.

Webster Gradney (born September 6, 1985) better known by his stage name Webbie, is a rapper from Baton Rouge, Louisiana. He came into the hip-hop scene in 2005 with “Give Me That Pussy” which featured U.G.K. rapper Bun B and the song “Bad Bitch” was featured in the 2005 movie Hustle & Flow. Both singles are on Gangsta Musik, his group album with Lil’ Boosie, the album was released in December 2003, both songs are on Webbie’s debut album Savage Life which was released on July 5, 2005.

LeToya Nicole Luckett, known professionally as LeToya, is an American R&B singer and songwriter. She is a founding member of the R&B female group, Destiny’s Child.