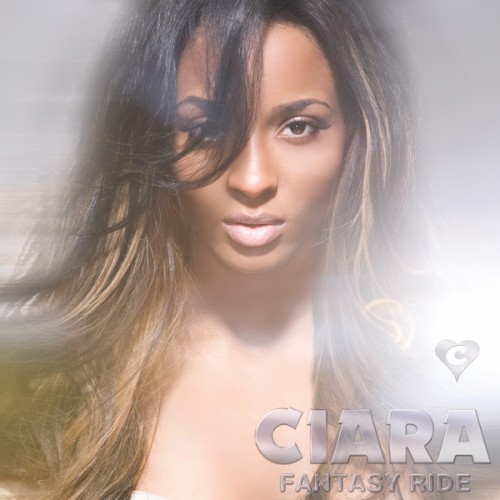 Ciara‘s latest album “Fantasy Ride” attempts to take the listeners through none other than a “Fantasy Ride”. This album is Ciara’s debut of her “Super C” which is here alter-ego that comes out when she’s on stage and performing. Super C can be seen in the video “Go Girl”. This album kicked off her first promo single with “Go Girl” featuring T-Pain, followed by first official single “Never Ever” featuring Young Jeezy and the chart topper second single “Love Sex Magic” featuring Justin Timberlake. The album features production and writing credits by Danja, The-Dream, Polow da Don, Darkchild, Tricky Stewart, Ne-Yo, The Clutch and Dr. Luke. It also features artists such as Justin Timberlake, Ludacris, Chris Brown, Young Jeezy and Missy Elliott.

featuring Chris Brown, is a track produced by Danja and written by The Clutch, is easily one of the most unique tracks on the entire album. Amazing production and great vocals from both Cici and Chris makes this easily one of the best tracks on the entire album. “Wats the deal bout what ya lookin for, Know what ya need baby come on.. Be my DJ knight, Won’t ya come n save my life.. You turn me on (on).. But ya need a raw record, With somethin unexpected To keep me goin — I want you to turn the tables.. turn the tables.. turn the tables on me“

featuring Young Jeezy, is the first “official” single from the album. The track is produced by Polow da Don and definitely brings Ciara to the next level on her music. Beautiful production and a great beat keeps this song in rotation for years down the road. This will be classic Ciara a few years now. Polow and Ciara both make a great track with a great verse also from Young Jeezy. Too bad it didn’t do better on the radio, she deserved it for this single. “If that boy don’t love you by now… he will never ever – never ever, love you.. he will never ever – never ever, love you…“

featuring The-Dream, is the typical “Love vs Money” or “Love/Hate”. The track is produced and written by Carlos McKinney and The-Dream. Typical “The-Dream” slow-jam track, but just with duet vocals from Ciara and The-Dream. And overall nice track, nothing out of the ordinary other than just an average track.

is a track produced by the Y’s (featuring Justin Timberlake). The track is of the same style “Love Sex Magic” is, except sounding much more Ciara’s southern style. Very catchy hook and overall a nice track. “ “G” stands for girl-like Gangsta.. Listen when I speak, Don’t talk ’til I say so, Real G’s work hard for they Queso.. (Ladies say) “G” stands for girl-like Gangsta“

“Keep Dancin on Me”

is a track produced by Tricky Stewart and The-Dream. The track is an upbeat track with a steady keyboard beat undertone. Beautifully done track as I’ve gotten all the words memorized after a few playthroughs – that’s good right? “Lead me out on the floor, Bring ya body closer. Take it all, give me more, do me like ya supposed to. Move with me left and right slide your hands over mine, Using all your imagination, leave everything behind, Take my hand, lay on my face, Feel my heart tumbling. Dark corners, flashing lights, keep the music coming, I’m off the earth, on the stars I ain’t worried about tomorrow.. Keep going ’till the world disappears.. Keep dancing on me…“

“Tell Me What Your Name Is”

is a track produced by Luke “Dr. Luke” Gottwald. The track is a power slow jam but very much all-around Ciara. Powerful hook, nice lyrics and good vocals. “I don’t wanna waste your time.. I just wanna make you mine.. Wanna play with you all night, So tell me what your name is. And I know I’m acting strange. Girls ain’t suppose to talk this way.. But I can’t let you slip away, So tell me what your name is.“

is the BEST track on the entire album. Upbeat and exactly where Ciara’s roots are. Club anthem while staying a little fiesty, a definite hit if they were ever to put this one out there as a single. Words definitely can’t express my love of this track. From it’s electro-vibe to the vocals.. everything is ON POINT! “Turn off the lights, I got my right hand in position, So I can get that when I’m with ya.. Come on boy, Come on boy, I’m on boy, I’m turned on. — I don’t need nobody else.. I can do damage by myself, Walk in the room.. Everybody like damn, She can do damage by herself“

featuring T-Pain, was the first single released (later to be called a Promo Single). The track (which should’ve done WAY better on the charts) has that classic T-Pain hook and is the first video to include Ciara’s alter-ego “Super C”. This has an addictive hook and it has a great video. “Go-Girl – ‘Cause I be going on ’em, Ooh they couldn’t stop if they wanted to. That’s why they call me Go-Girl, I’m the energizer PlayBoy bunny, I keep going and going And you know it, that’s why they call me Go-Girl, Please let me know, if you really want mo’ – I can take it to the flo’. Sit back, relax, enjoy the show, Call me baby I can be your Go-Girl“

produced by Danja and written by The Clutch, is a track that really should’ve made the main cuts for the album (along with “I’m On” and “Go Girl”). It’s an upbeat track that just oozes Ciara’s swag. Various mixtapes feature Young Jeezy on a remix on early leaks. “(Hello!) Hello, hello – Talkin’ bout that fly shit, Somethin’ you can ride wit. Did you hear me? (Hello!) Hello, hello – Don’t disturb me, I don’t think you heard me, so I gotta – Echo, echo. Raise your voice, raise your voice, Girls louder than the boys – Echo, echo. Say it again, say it again. Lemme hear you make some noise. — They say Ciara got the hood… Ciara got the ‘burbs… They say Ciara got the moves… Ciara got them curves…“

“Feeling On My A..” produced and featured by Sean Garrett, also features Gucci Mane – is a bonus track (or B-Side) from Ciara’s album Fantasy Ride. This gem of a track is not included on any versions besides download via internet. Great masterpiece in particular the hook written by Garrett. When I had first heard the song demo by Sean Garrett, I knew for sure that Ciara would kill the track and thought for sure it’d make the cut. When my man Gucci hopped on the track I knew it would be a smash, but eventually didn’t get put on any versions (as of yet). So here, for an exclusive look at what didn’t make the cut check out “Feeling On My A” which is a club banger of all types with a “Sean Garrett” type of hook that you just can’t get out your head and a great beat.

Overall this album will keep the Ciara fan satisfied for awhile. With her ever-changing style and some for sure club banger hits on the album this will surely keep every fan happy. If you were a fan of Ciara in her “1, 2 Step” and “Goodies” days, this will for sure be something for you to check out. The standard edition includes 13 tracks, and the limited Deluxe Edition features 15 tracks and a DVD with exclusive video content featuring Behind the scenes, the making of and the music videos of her first three singles. Although the album was first rumored to be a three disc set, instead of lots of mediocre songs it is quality track after quality track to really keep your cars bass happy and you singing it every day! 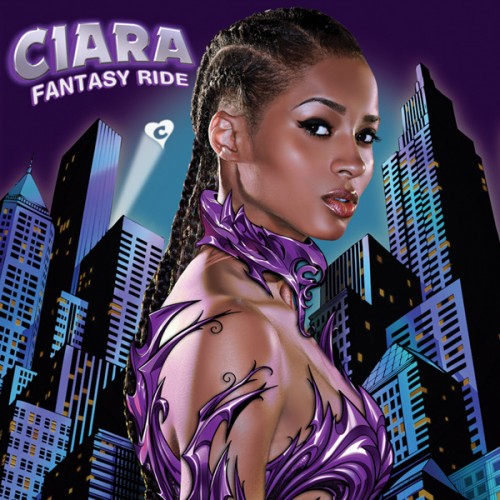