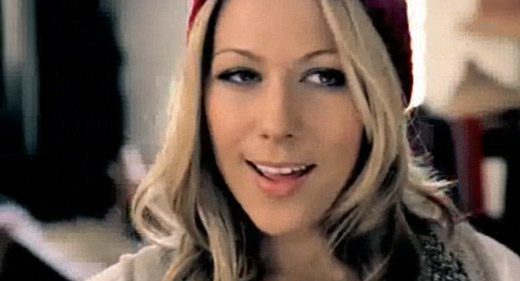 “I Never Told You” is a song by the American pop singer-songwriter Colbie Caillat from her second album Breakthrough. The song was released in February 16, 2010 in the United States as the second single. The song is a power pop ballad and was written by Caillat, Jason Reeves and Kara Dioguardi (whom also produced it).

The music video involves scenes of Colbie singing while painting, couples breaking apart but eventually were brought back again including herself and her love interest.

6 responses to “Colbie Caillat – I Never Told You Music Video”