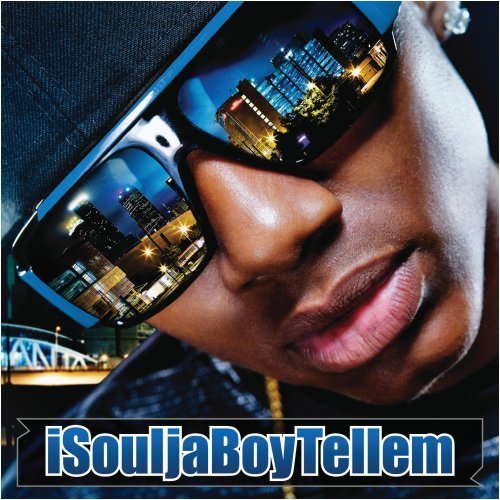 “I’m Bout Tha Stacks (Intro)“, “Rubber Bands” and “I Pray (Outro)” being the better produced tracks, both produced by Drumma Boy. I’m Bout Tha Stacks has an alright hook, but definitely shows that his rapping game has jumped up quite a bit. Also the typical Drumma Boy track bangers. “Rubber Bands” is about what other than “Rubber Bands”, an alright track and probably could’ve done some work on the lyrics. “I Pray” could do without the vocals.. don’t sing if you can’t.

6 of the 16 tracks are produced by Soulja Boy himself that include “Bird Walk”, “Gucci Bandana” featuring Gucci Mane & Shawty Lo, “Booty Got Swag (Donk pt 2)”, “Hey You There”, “Wit My Yums On”, and “Go Head”. “Bird Walk” is a the first single off his second studio album. It’s an alright track overall, and probably the only ok “street radio single” for singles – even includes the annoying Soulja Boy sounds to kick it off. This isn’t a bad thing, but I think it could’ve been done without them. Lyrical flow has really improved.

“Gucci Bandana” could’ve been a great street track, however they let Soulja Boy go again and produce the track. The track features Shawty Lo and Gucci Mane. One of the better tracks, with a lacking track that could’ve been worlds better if it had been done by someone else.

All of the other Soulja Boy produced tracks are the typical, if not pretty boring tracks overall. As if we didn’t get enough of the same sound on the CD he thought we’d appreciate to hear some of the same style of his roots of Crank That. Alright hooks, ok bass but they don’t go much further. Rapping lyrically about chains, and how much he’s achieved. Stuff other rappers could get away easily, Soulja Boy can’t really. He got away with it for the first CD, I guess it could be fun for some girls to dance to in particular “Booty Got Swag“, “Hey You There” and “With My Yums On“.

Jim Jonsin produced and second single – “Kiss Me Thru The Phone” features R&B singer Sammie and probably the best track on the CD for mainstream play. Passable to compare it to Soulja Girl 2.0. Good hook, and great overall track – personal favorite.

Polow da Don produced “Yamaha Mama” features Sean Kingston and has an overall nice hook if you can still listen to Sean Kingston.

Like it or not, “Shoppin’ Spree” has a nice beat produced by Mr. Hanky. It features Gucci Mane & Yo Gotti, and in my opinion is one of Soulja Boy’s better flowing tracks on the CD  (probably because of the help from Gucci Mane). Good lyrical and good verses by both Gucci Mane & Yo Gotti. The album version is censored, check out some mixtapes if you want the explict versions of this and some others.

“Turn My Swag On“, produced by Natural Disaster, might be so incredibly bad – that it might actually be so great, you just might never actually understand how amazing it is. Besides the hook, that you never can get out of your head is probably one of the “better” tracks on the CD. I say better, because the hook gets stuck in your head – and that’s all that really matters, right? Young Jeezy, Fabolous and Lil’ Wayne have done covers of this – which could probably help him out in the future for his reptuation, the little that he has.

So, it’s Soulja Boy’s second CD. Overall, I think he has improved greatly from the first album. However, I think until he finds the right producers to work with – and something to talk about (that isn’t media/publicity driven) then he might just be taken seriously. Soulja Boy is definitely here to stay whether you like it or not. Check out his album iSouljaBoyTellEm available now!