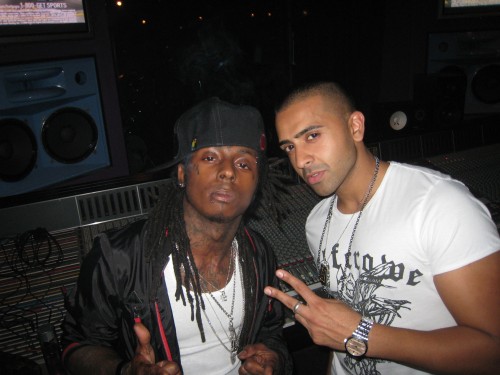 Jay Sean born Kamaljit Singh Jhooti on 26 March 1981 is a British Asian Pop singer-songwriter, best known for his hits “Stolen“, “Eyes On You“, “Ride It“, and “Tonight“. His first single from his US debut album will be “Down” featuring Lil Wayne.  He has released two albums, Me Against Myself (2004) and My Own Way (2008). He is currently signed to Cash Money Records.

On October 15th, 2008 at the MOBO Awards, Jay Sean announced that he had signed with the American Hip-Hop oriented record label Cash Money Records. His first single in the US is a track entitled “Down” featuring US rap superstar and label mate Lil’ Wayne, as well as a remix of “Tonight.” He is the first British Asian singer to sign with a American label.

At the 2009 UK Asian Music Awards (AMA), Jay Sean won three awards, including “Best Male”, “Best Urban Act” and “Best Album” for My Own Way.
On his first interview in America with MTV IGGY, Sean announced that he was recording five new songs for a re-release of My Own Way, one of which will be “Tonight” featuring Lil Wayne.

Sean also discussed a collaboration with Akon at the Grammy Awards 2009, will also record a song with Nadine Coyle and believes the album will be released in Summer 2009. Jay Sean has also featured on a song called “Written on Her” alongside Birdman for the CEO’s next project.

73 Questions With Cardi B | Vogue