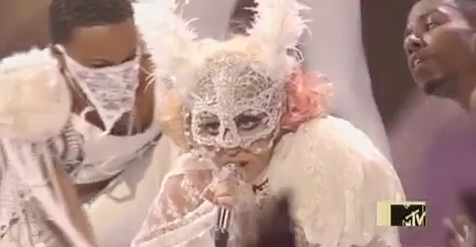 This years MTV 2009 Video Music Awards featured performances by Lady Gaga, Beyonce, Jay-Z, Alicia Keys, P!nk, Janet Jackson, Taylor Swift. Besides the many controversies including Kanye West jumping onto stage while Taylor Swift was accepting her award and we all know what he screamed, and if you don’t know by now check out the video below. You’ll get the jist of the entire night and how it went! The performances were dazling as Lady Gaga performed “Paparazzi”, which was GREAT. And P!nk’s “I’m safe – up high” literal performance.. was just breathtaking.

Wale performed with a band in between performances and awards – as well as 3OH!3, Katy Perry, and others.

Check out the performances below:

Taylor Swift – “You Belong With Me” Previously Recorded MTV 2009 VMAs