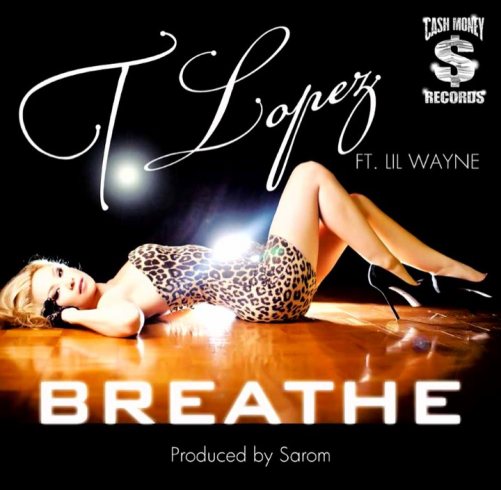 T Lopez is signed to Cash Money Records to expand their female roster, what do you think? Does T Lopez fit in the likes of the other YMCMB artists, Nicki Minaj, Shannel, & Porcelain Black?

The Banger of a Track premiered in late April 2011 and was produced by Sarom.

With an American Latino award under her belt in 2010, Lopez Planned to release both English and Spanish language albums. Her first Spanish single would be “Mentirosa”, a collaboration with Latin music’s heavy hitter, Abraham Quintanilla III the song was released on Abraham Quintanilla’s third studio album called La Vida De Un Genio.

T Lopez said that Recording in Spanish is a very important thing for her to do because its such a big part of who she is said T Lopez. Learning how to command a room from Baby, a relentless work ethic from Lil Wayne, and a business savvy from Slim, T lopez is on her way toward leaving her own stamp on the pop music world via one of hip hop’s most storied labels, Cash Money Records.