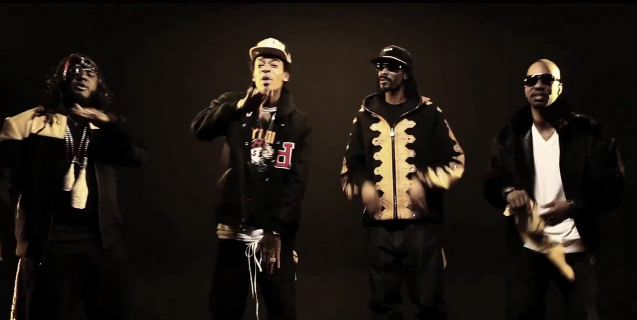 The official remix is called “Black and Yellow (G-Mix)” and features Snoop Dogg, Juicy J and T-Pain. Wiz Khalifa has a new verse on the track and was released on December 16, 2010.

The music video for the G-Mix was released in early January 2011.

The song was produced by Stargate. The track serves as the lead single from Khalifa’s next studio album.

[Snoop Dogg]
Big Snoop Dogg and Wiz Khalifa
see on the West Coast I’m the big Chief-a
The grim reaper, maybe that bring me that, yellow lack
stealer logo in the back
we banging out, that taylor gang
dub to your face baby till ya say my name
dont get your clique served
so much Black and Yellow you would think I’m from Pittsburg
Intern, get yearn

[Juicy J]
I’ma bumble bee lit up like a crima tree
drinking Hennessy, I’m from Tennessy
Juicy J make their way on their own two
quarter mill for the Phantom, bitch I own you
and that go for every G that I’m f-cking with
Black and Yellow bitches all around me, yeah I did
in the hearse, gotta get that reimbursed
on the pills and that purple pint of Surp
and I stay Louie down to the socks
Range, and watch, weed and glock
fiends to pop
my fans roll with them rubberband knots
I’m getting old but them rubber bands not n-gga

[T-Pain]
Catch me in my Lamborghini
(Black and Yellow, black and yellow)
I can rock it on the beat or Accapella, accapella
sideways in the turning lane
fire flame I be burning man
Teddy Pain bout to hurt the game
took a break for a while I’ve been learning things
I learned how to tell a n-gga f-ck you then
(Black and Yellow, black and yellow)
All I do is f-cking win
I told y’all, told y’all
and now I’m on
you thought it was over
you thought I was gone
I’m going in, you dont’ have to let me, have to let me
back from the dead like I’m Mackavelli, Mackavelli

[Wiz Khalifa]
Black and yellow, all black and yellow
see me now they treating me like I’m somebody special
smoking on that good know that its me as soon as they smell it
you can chill I’m the one who get it not the one who sell it
grind everyday I’m ballin I cant help it
n-ggas on that bullshit my pockets full of Celtics
and them n-ggas hating on us give them best wishes
in the club you aint even on the guestlist bitch
sound like you need to get your weight up
go to sleep rich and count another million when I wake up
they wondering how I do my thang 2 words, Taylor Gang
remix g-shit
the champagnes poured n-gga the weeds lit
lil mama clothes fallin like the leaves in the fall
ain’t worry bout your friends so bring em all 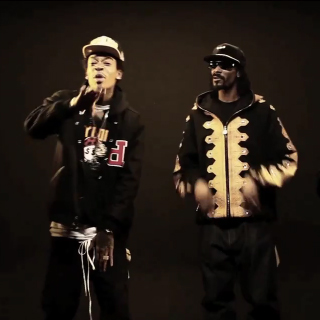