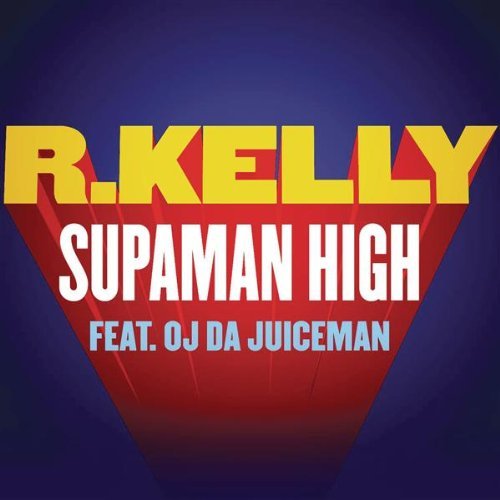 “Supaman High” is a single from R&B singer R. Kelly‘s upcoming studio album. The song features rapper OJ Da Juiceman. The album is yet to be titled, but will be R. Kelly’s ninth studio album. The single was released onto iTunes on June 16th. I don’t know if I’m just a biased fan of OJ and R. Kelly, but this bass line bumps really nice in my car!

(OJ)
Swag thru duh club, throwin money in the sky,
I Can’t Lie, Imma Ball Til I Die,
Blunt – somethin Good,
Got Me Superman High,
Wit A Special Made Chain,
And it caught ya cutie Eye,

Untitled is the working title of an album from R&B musician R. Kelly, as well as the fourth installment in the 12 Play album series. “Hair Braider” was the first officially released single. The album was originally planned to be released in the Summer of 2008, however, due to the album being heavily bootlegged, the release was postponed. The video for the second single “Skin” was shot the weekend of Friday, August 1, 2008. The song was released for digital download via iTunes on September 9, 2008. The video can be seen on Yahoo Music. R. Kelly has now renamed the album, and is working on the album in Atlanta. There has yet to be a release date set, but R. Kelly has stated that the album would release late september 2009 in a remix version of Hip-Hop artist Drake’s song ‘Best I Ever Had’.

R. Kelly’s Untitled was originally going to be called 12 Play: Fourth Quarter. That name was apparently scrapped sometime before R. Kelly walked into an Atlanta club and spoke thus:

“ “I’m working on a new album and I’m calling that muthafucka Untitled. Y’all call it what y’all want.” ”

To promote the album R. Kelly teamed up with DJ Drama and DJ Skee and released a mixtape on June 2nd entitled The Demo Tape.