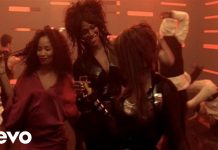 Janet – Rock With U

You can listen now on Janet Jackson’s Official Website, in the Jukebox, are two new tracks from her upcoming album “Discpline”, due in February 26th.

Listen: Janet Jackson – Rock With U