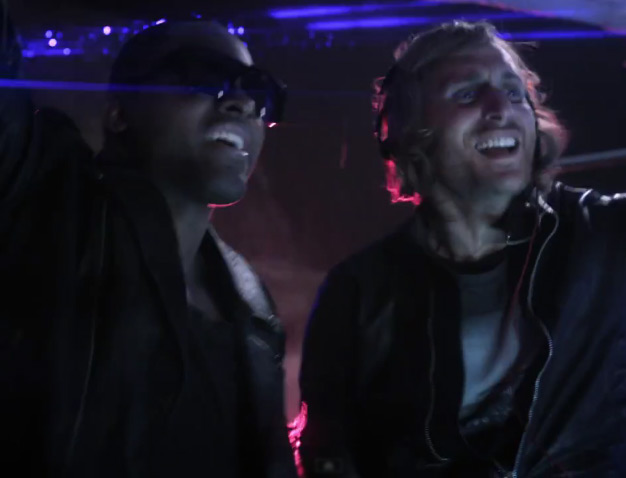 Ludacris‘ new track Politics (Obama is Here) will spice up the election a bit more. Democratic presidential nominee Barack Obama is expected to make an appearance at the Lollapalooza music festival in his hometown of Chicago next month.

For those rap illiterate here’s a visual with the lyrics after the jump.

I’m back on it like I just signed my record deal
Yeah the best is here, the Bentley Coup paint is dripping wet, it got sex appeal
Never should have hated, You never should’ve doubted him
With a slot in the president’s iPod Obama shouted ’em

Said I handle my biz and I’m one of his favorite rappers
Well give Luda a special pardon if I’m ever in the slammer
Better yet put me in office, make me your vice president
Hillary hated on you, so that bitch is irrelevant

Jesse talking slick and apologizing for what?
If you said it then you meant it how you want it head or gut?
And all you other politicians trying to hate on my man,
watch us win majority vote in every state on my man

You can’t stop what’s bout to happen, we bout to make history
The first black president is destined and it’s meant to be
The threats ain’t fazing us, the nooses or the jokes
So get off your ass, black people, it’s time to get out and vote!