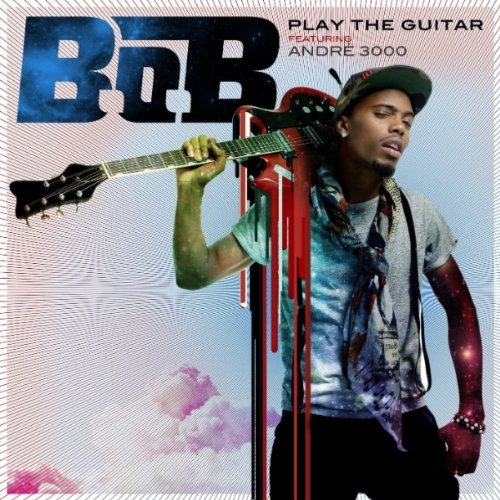 The Banger of a Track which features Andre 3000 was produced by Salaam Remi, and it premiered on B.o.B’s official YouTube channel and for Digital Download in late December 2011. It also features a T.I. sample from Drake’s track ‘Fancy’. Purchase the song on iTunes now.

[Verse 1: B.o.B]
Well it’s B.o.B., flyer than a stewardess
Fresh to death like I’m dressed for a eulogy
My outfit’s retarded, my flow is the stupidest, dumb
I’ll probably need to after school tutor it
Balling on beats got hops like breweries
Sideline haters need to chill where the cooler is
Dr. J flow, you can call me Julius
Y’all take shots, I direct, movie shit
Grand Hustle champion, all I do is ball ‘em up
Niggas starting conversations just so they can talk us up
If you ain’t running shit you can’t even walk with us
Still I’m chill blunt wider than a coffee cup
You know it’s B.o, I do this for the people
Stacking c-notes, pockets on Cee-lo
Uhm, I’m killing ‘em mama, I’m talking hockey mask
I do it to death, swag on body bag
This beat is out of here, it’s gone
Farewell, so long, so long
I’m sayonara, the way I’m gone
So far away there ain’t no signal on my phone
Cuz I’m a star, so when I hit the bar it’s like Cheers
Everybody knows who you are
Who would’ve thought I would’ve took it this far?
Play the guitar

[Verse 2: Andre 3000]
Man, I keep having this re-occurring image where I’m
Standing on top of Church’s Chicken playing guitar
Looked over and I see B.o.B. with this strange cigar
He’s standing on top of Dunkin Donuts, it’s like he own it
We at the corner of “Give It To ‘Em” and “They Don’t Want It”
We out somewhere and me in Europe, they out here yawning
My niggas threw out way too much jewelry, my chain lonely
But they don’t know about black pearls, but I will show them
“Why the world sleeping on black girls?” Hey I don’t know, man
Silverback Stacks, jumping out the jungle
Blowing tiger stripe bubbles with “Go To Hell” bubblegum
When I was younger space shuttle got hung in front of everyone
And grandmum tells me to stay humble but do not un-der-stand
When they leave mumbles to make ‘em throw up they arms and hands
Now stumble and they will know I put on my pants
One leg at a time, like they do pay us no mind
But everybody look at why we do it, it takes us more time
Excuse me if I’m no exhibitionist according to the internet
3000 got a big old dic-tionary full of words
He must know how to use ‘em
It also says I play the violin and that ain’t true but
You give me six strings and a pick
And I will make a guitar talk, why, I ain’t gotta say shit
And I encourage any child to pick up some instrument
Cuz if you’re mad at your dad or mum, you can grab it and strum
Eat your cabbage and corn, by the time you’re done
You will finally realize that they meant you no harm
They was trying to save your crazy ass from what’s to come
3000 muthafucka “Mr. Tell-Me-Somethin’”

[Outro: Andre 3000]
And my partner say I should practice more – I know
They be saying I sound like I’m out of tune
I ask them – do you cry in tune nigga? do you laugh in tune?